I’ve been meaning to properly read the “Digital Isn’t Working (Yet)” white paper by Ian Fitzpatrick & Erik Pelletier at Almighty in Boston, and found some proper time this afternoon to do it.

(I was honoured that they asked if they could reference MTPW > MPWT for it, and doubly so to be acting as source material along with the likes of Gareth, Neil & Faris.)

Now, the whole paper is an excellent read, and sets off many ideas as you go.  I could probably sit and write a 3,000 word companion piece just off the back of it, but that would distract you from actually reading it, which you can do by downloading it here.

I will say one thing about it though, which is a thought bridge to the excellent first episode in the second series of Black Mirror which was first screened* last Monday. 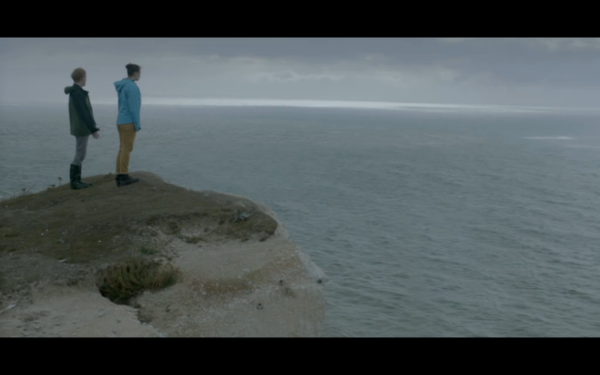 If you’ve not seen it yet, but want to, maybe stop reading, go watch it, then come back…

So, to cut to the chase; there’s a dead boyfriend who is ‘brought back’ to life by his grieving girlfriend.  At first it’s as an email bot, then secondly as a voice on the other end of the phone, then finally as an actual fleshy android thing.

All of his thoughts and actions are based upon what he posted to the web during his life.  But of course, it’s not him, as the girl points out…

“You aren’t you, are you?
You’re just a few ripples of you,
there’s no history to you,
you’re just a performance of stuff
that he performed without thinking,
and it’s not enough…”

Now, back to the white paper:

“What we’ve heard consistently over the last year – from clients, colleagues, audiences at events and conferences – is that mobile still just feels like another place to put ads (and hard-to-click ads at that), data is impossible to integrate across the organization and social is ongoing and yet difficult to relate to the organisation’s goals.  Somewhere along the path to complexity and the resulting focus on channels and platforms, organizations lost track of the very people they were trying to reach”

I can’t help but think that a lot of marketers and agencies have lost track of the people because they are becoming beholden to the “performance of stuff” which characterises a lot of social media.

It’s pretty much impossible to peer through a data dashboard and see the people behind it.

And yet… data is great, because it’s really easy to point to, if you’re a marketer, and show your CEO (who’s more and more likely to be a numbers guy) that you’re acting ‘responsibly’.  And it’s great if you’re an agency, because data can look seductive and difficult and important, and therefore must be something worth paying for.

But it’s not really your customers, is it?  It’s just a few ripples of them, there’s no history to them, they’re just a performance of stuff that they perform without thinking.

And it’s not enough…

*it doesn’t really matter anymore when things were ‘first screened, really, does it?  Or does it?