I was delighted when Neil Perkin invited me back after six years to speak again at Firestarters last night. The theme of the evening was on behaviours.

Richard Shotton was up first, and gave an excellent talk on three of the lesser known biases in behavioural sciences. In particular, I was interested in one of his assertions at the start that there are a whole collection of biases that are at play, yet there are probably more famous ones which everyone is aware of, and a whole set people are less familiar with. Perhaps there’s a long tail – the three that everyone knows, and then it all tails off a bit?

It’s occurred to me since last night that perhaps there’s a way to think about this whole ‘collection of biases’ not as a set from which you choose one that you believe is having an effect, but as a card sorting exercise in which you identify all of the ones that could have an effect for different people, and work out ways to test them against each other.

Maybe it’s about curtains an ‘assemblage’ of biases around the problem you’re working on, and pulling out the overall effects and implications of many things being at play. (If you want a crash course in Assemblage Theory, read this by Manueal DeLanda).

There is a perfect toolkit to do this sort of thing, in Stephen Anderson’s Mental Notes. Unfortunately, I don’t think they’re on sale any more, so you either have them or you don’t. 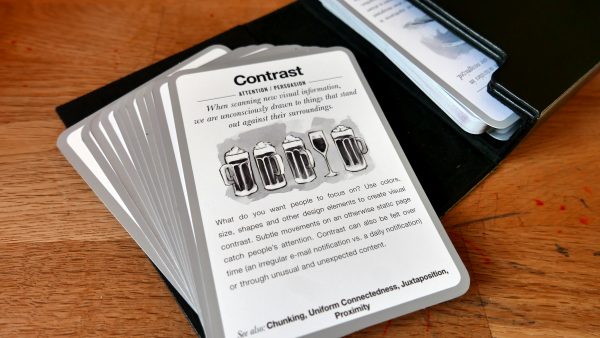 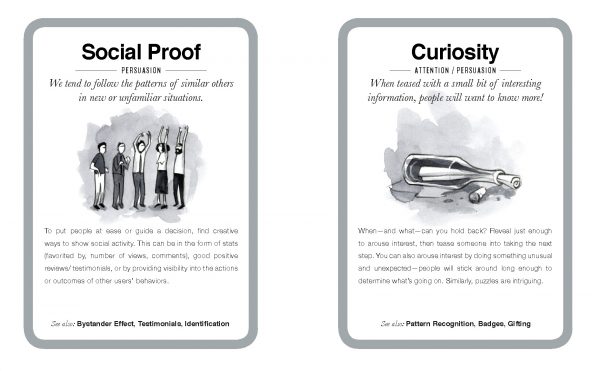 Stephen’s bringing back Mental Notes, with expansions in mind… follow him on twitter for more updates on that soon.

But I’ve recently become aware that Jerome Ribot has been working on something called Coglode, and has a really useful set of cards (potentially, I’ve not seen them, just pictures) called Nuggets – you can sign up here for news on them. 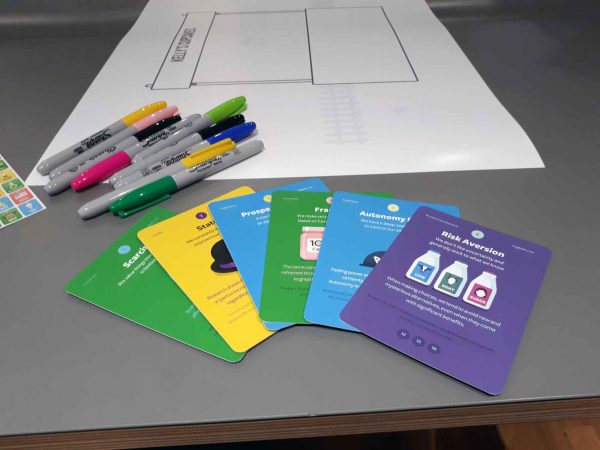 So thanks Richard, that talk really got me thinking.

Then I talked about a thing from the Smithery canon, The Pattern Problem. It’s more related to behaviours in the sense it’s about how we work on projects, and help clients think about working on projects too. 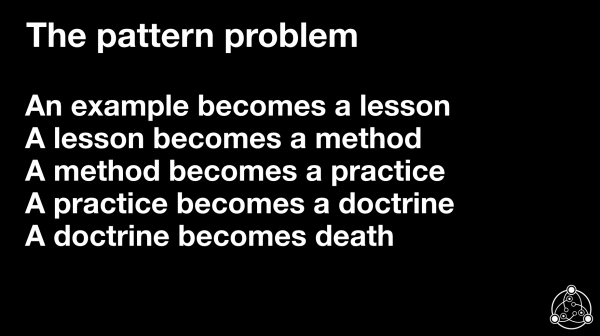 There are two tools in particular I talked about as ways of breaking away from endlessly repeating the same process no matter what the problem you’re facing. They are ‘The Obliquiscope’ and ‘Zenko Mapping’, both of which are designed to grow and change as you use them, so that they’re never the same tool twice. 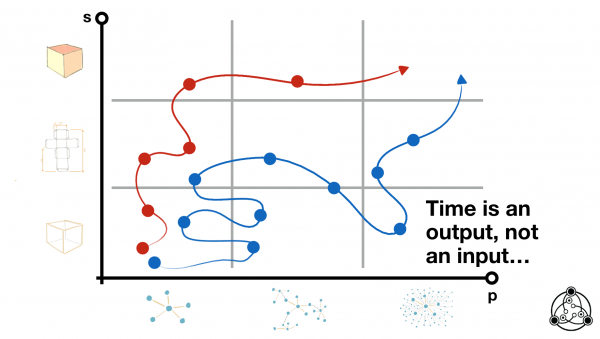 All of my slides from yesterday are up here, though of course they’re probably of most use to the people who were there last night and want to reflect a little on some of the ideas in here:

I’ll probably be talking about these concepts in other places soon, though, so will make mention of that on here when I do. Thanks again to Neil, Richard, everyone who came along and to Google for continuing to support Firestarters.

One Reply to “The Pattern Problem”