“This is the year of The Chair Game“, I said to Rob, over a pint after an evening’s play in London Bridge. He’d just spent two hours running the game for all of us who were new to it, save for Clarisa.

It was her fault, apparently. She’d been in a workshop Rob was doing where he’d used The Chair Game as an exercise. “If you run a workshop that’s just The Chair Game for hours, I’d come to that” she told him. Hence London Bridge. True to her word, Clarisa flew over from France especially for it.

The Chair Game is pretty simple. Everyone has a chair. They’re randomly distributed around a space. One person gets up, and walks to the side; they’re the chair zombie. They have to amble towards the empty chair. It’s everyone else’s job to stop them by sitting in the empty one. They can’t block them, but they can run as fast as they like. But once they’re up, they’re up – they can’t sit back on the same chair. 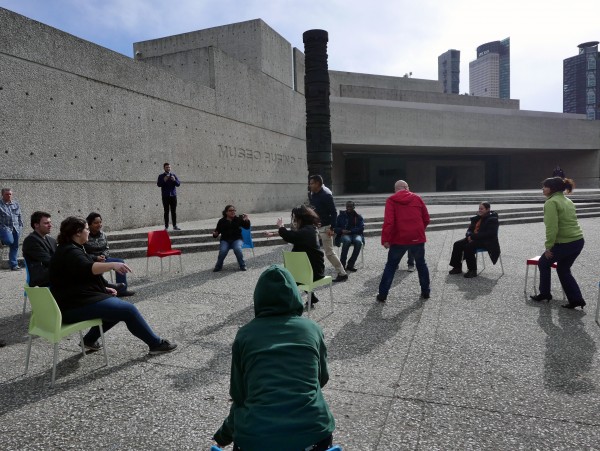 The first round is always really quick. Like, six seconds as an average. Then you ask the players what went wrong? And what their strategy next time should be. And you go again. And again. And again.

It’s a game that is about strategy as much as you want it to be. You can stop, analyse, plot and plan, instruct and act. Or you can just play. It is compelling to watch, and addictive to play. Since learning about the game, I’ve been building it into various strategy workshops as part of the narrative, and prototyping workshops as part of the fun. We started calling it Karaisu, for fun – like karaoke; Japanese* for “Empty Chair”… 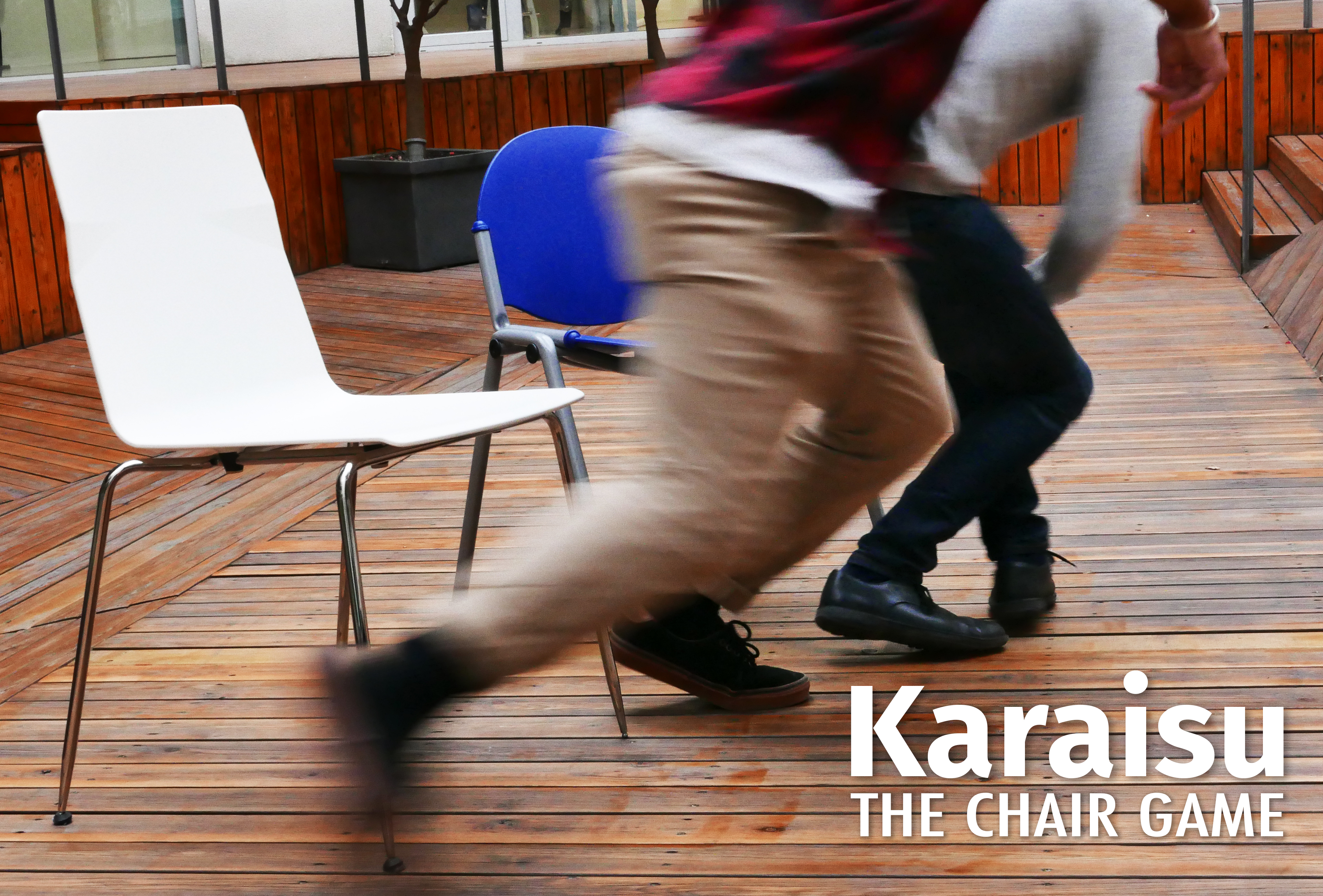 Another thing happened after the night Rob showed us the game.

James was there, and James works at the V&A in London. We joked on email that we should play it on all the very expensive chairs at the V&A. Ho ho ho. Wouldn’t that be a lark?

Two weeks later, James emails again. We’re on. Not on the expensive chairs. But at the V&A. As part of the Performance Festival. Look, we’re even listed on the site.

We’re playing next week, on Friday 22nd April, 1:45 meet-up for a 2pm start. We’ll be in the John Madejski at the V&A in South Kensington. We finish at 4pm, and then head to a pub to unpack what goes on.

And we need some more players.

If you are around, and fancy it, then please sign-up here. We need around 30-40 players. Send this on to anyone else who might fancy it too, and we’ll send confirmations out next week.

Because this is the year of The Chair Game.

*I checked with a Japanese friend – it kinda doesn’t mean this, but also kinda does.