I’ve just taken delivery of two desks; one for me, and one for Carlo. The desks are from the recently closed Birmingham Central Library (which is sadly being demolished), and were designed by the architect, John Madin. They’re pretty big. They’re taking up a fair bit of our garage now: 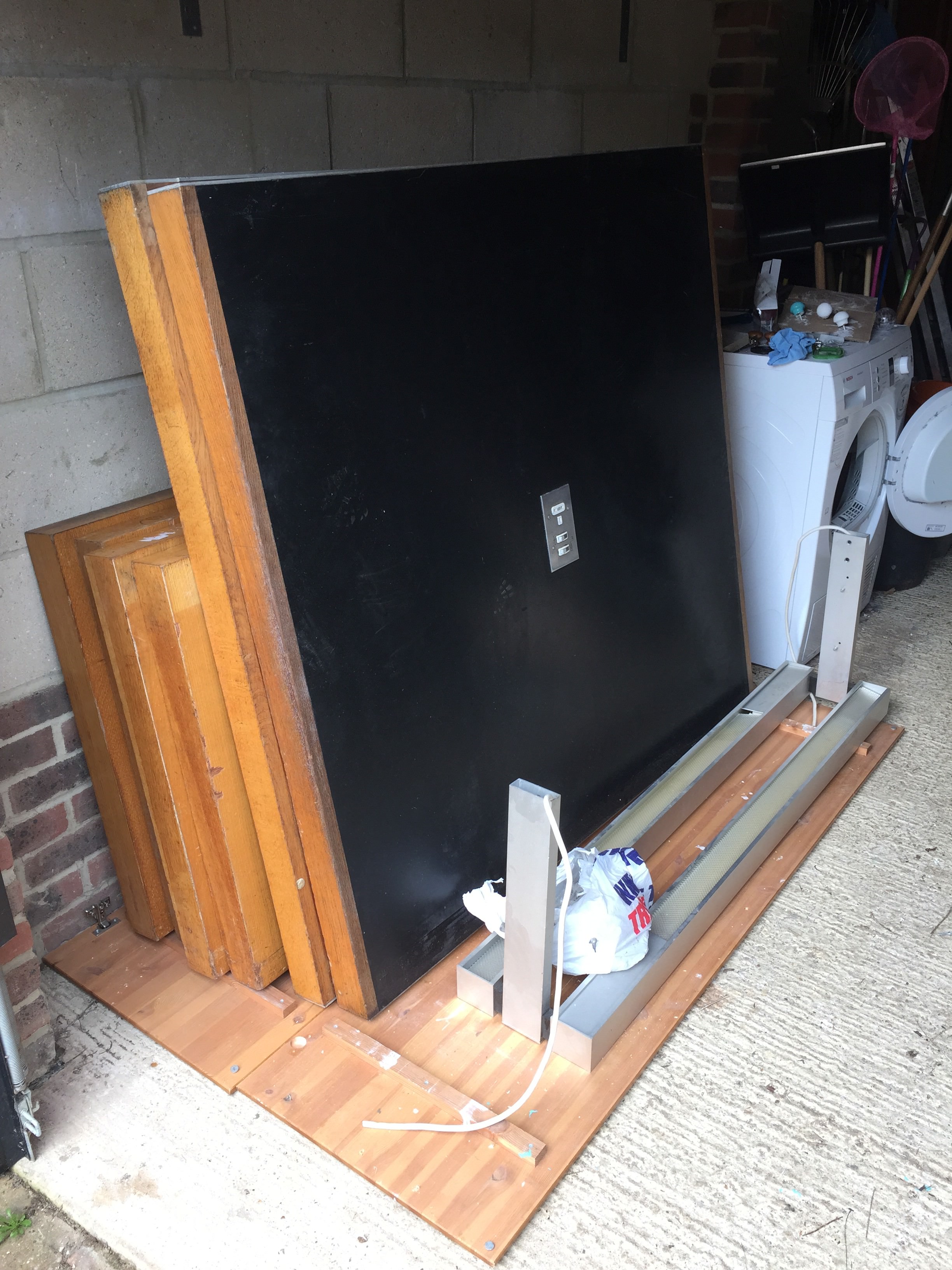 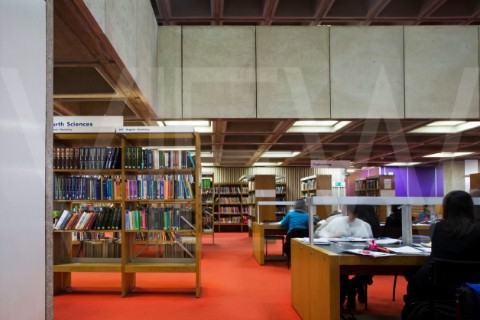 One of them has the light fixtures control in the middle, as you’ll see, and one doesn’t. Carlo’s having the non-light fitting one, to work upon the black linoleum without interruption. I have plans for the one with the light fitting, you see.

We could just put it back together as was, with the light switches and fittings making a great desk for working with Artefact Cards, models, sketches, whatever. And the plug socket would be handy to charge phones on and the like.

As an aside, I think it’s very interesting that desks designed over forty years ago have power sockets right in the middle of them there; back then, what would have they been for? Did Madin foresee the use of smaller electrical devices that you might have on a desk (electronic typewriters? Laptops?).

Anyway, now given the cavity in which the light/plug switches is there, it will be relatively easy to pop that out, and put something else in… a little time device. 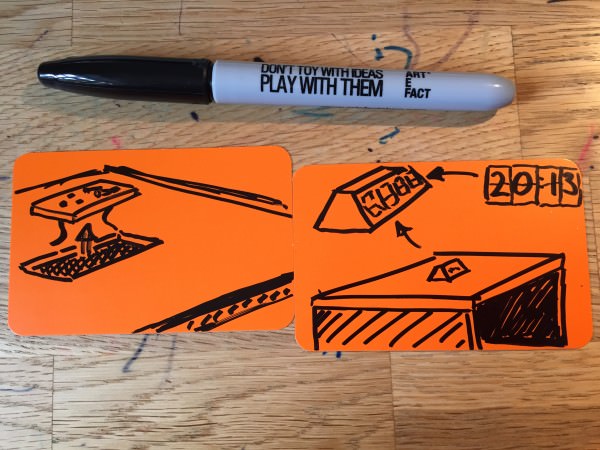 I sort of mean a clock, but not just a clock. Something that can be flipped through various modes; clock, to pomodoro timer, to project time-counter, to… well, whatever. Being able to switch between time modes will let us investigate what different types of timing do in a work environment.

I use a pomodoro app on my phone at the moment; cycles of 25 minutes on, 5 minutes off. It helps me focus on things that I need to get done (and allow myself time for messing about every so often). It’ll be interesting to see how to replicate that effect on something that’s not a screen. 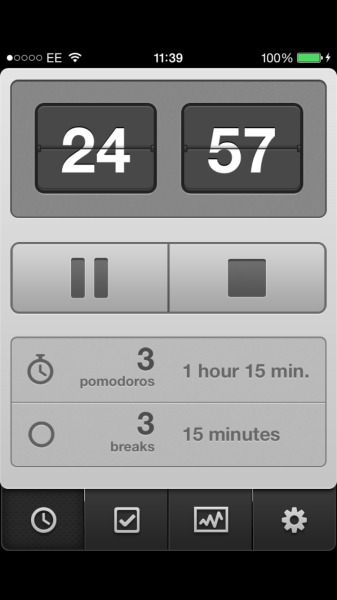 Stealing the mechanism from a flip clock to do that would be good to look at too, I think… it’s not just about the movement, it’s about the sound of the clock ticking away on the desk that might be useful. 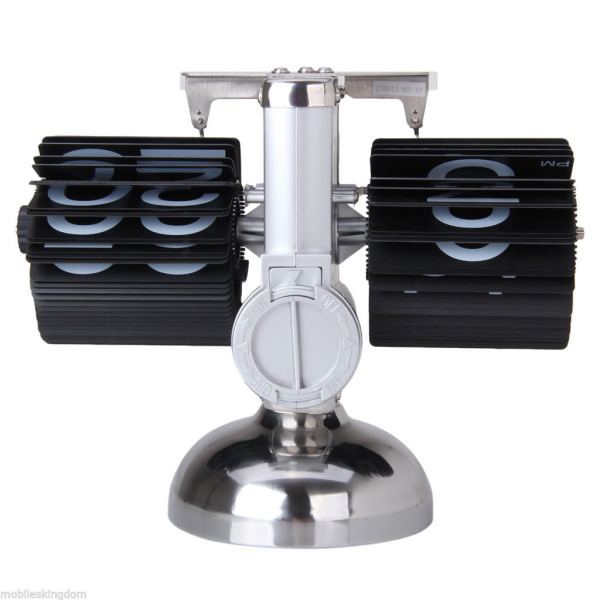 Anyway, that’s the plan. Drop an Arduino in underneath, have a clock that you can reprogram easily on top, play around with a new sort of desk.

First of all, though, find a room big enough to do that in…

If you’re interested in the desks, there’s a few left on eBay here, and large ones too.