I stopped wearing my FuelBand last week. It had stopped being for anything beyond telling me I expend a lot more energy when I manage to get out for a run. I’m no fitness expert, but I knew that.

(Oh, and sometimes I used it as a torch when I’d switched off all the lights before bed.)

Anyway, it’s on my desk now, from where it will disappear into a drawer, then start a little friends group with the various minidiscs and iPods and things that live in there too. They’re probably all on ‘device Friendster’. Or attending IoT Anonymous meetings. 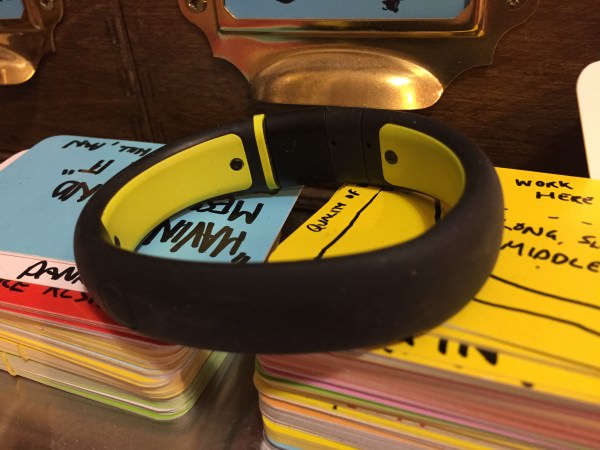 I was also having a chat with Paul earlier, about the sort of days we’d had.

My day was very productive, thinking about it; great chats with various folks, working through ideas, reflecting on things… just a good day.

Except the data, and by the data I mostly mean the email numbers, doesn’t say that. It says I ended up being unproductive, as the numbers stacked up on flagged emails I’ve to do something about.

When people ask you if you’ve had a good day, you don’t run a stream of numbers past them, do you?

Some things shouldn’t have a number on them. Just because we can count, doesn’t mean we should.

7 Replies to “The Duplicity Of Data”