“I always said I’d decide what to do with Smithery after three years. It seemed like a simultaneously short and long period of time in which to make decisions. Long enough to not worry about it on a day-to-day basis. Short enough to realise I had to do something about it at some point…”

That’s how I began the first post of this project way back on 1st August. The point was to pull together a new thesis around what Make Things People Want > Make People Want Things meant, from looking back at the projects I had done, and then project it forwards into the projects I wanted to do in future.

So on the thirty-first day, where do I find myself?

I had detailed the three options for Smithery; after three years, I had always said when pressed that I’d decide to either a) fold it b) keep it as it is c) scale it.

This answer is that it’s sort of the third one… but perhaps not in a conventional way.

Scaling is a funny thing. Especially when you got an Economics background – “surely you’ve got to get bigger, to get economies of scale” people will say. Well, yes, sometimes. If you’ve making something that’s highly repetitive, sure. Which I don’t really (save for the Artefact Cards… more on those later). And don’t get me started on diseconomies of scale when you get beyond a certain size… that’s not a conversation for now. Grab me in the coffee shop tomorrow.

Perhaps there are three reasons why I’m not a fan of ‘scaling’.

Firstly, I’ve never really had this burning desire to grow a business at a phenomenal rate just for the sake of it. The mechanics of that particular game don’t excite me, and the idea of being trapped in doing the same thing for ten years terrifies me. I’d rather do something great that might be big than do something big that might be great.

Secondly, I took to heart something I saw Douglas Rushkoff say in a talk about four (?) years ago; “The only reason to scale is to stop doing what you do now.” For the last three years I’ve been really enjoying the work, and the ways of working… so why stop now? Why become the manager of a team that does what I enjoy doing?

Thirdly, the more you scale, the less able you are to weave in and out of the cracks that other people can’t see and don’t fill, which are usually the things that really need changing. It harks back to a lot of the classic generalist ethos that I first wrote about when I was talking about the blacksmith and the economist in early Smithery explorations.

Yet, it seems that the things I’ve been doing with clients and partners over the last three years are in high demand (which makes for long days when you decide to write a blog post a day on top of it… Helen points out I should tell you all now I’m not doing this again for another three years…).

So finding a way to make these things more beneficial to more people is probably a good idea. Keep doing what I do, but make sure more of it happens.

Instead of scaling, how do you operate at scale instead?

Well, rather than building up, you perhaps build out, and partner with people whom you can create bigger versions and visions as appropriate. I thought I’d quickly outline five allegiances which I think might come to greatly characterise the next three years of Smithery, and what each might help me reflect more on with regards to the thesis of the last month.

Firstly, I’ve been very lucky in these last three years to work a lot with Mark Earls; we seem to counterpoint each other’s strengths, make great things happen quickly together, and have a lot of fun doing it. The most exciting thing we’ve been working on recently has been hooking up with Adaptive Lab (another long-term collaborator) to create Month One.

As the name suggests, it’s a month-long programme for companies who want to change both their culture and their outputs simultaneously… this video below will give you a flavour of it:

I’ll talk more about it soon as a separate post, but save to say it’s been an absolute thrill to work on delivering this programme for clients, and will no doubt continue to be so. It’s really helped me see what happens when you use fast-moving techniques in combination with slow-moving layers, in order to create lasting change in businesses that sticks.

Next up, I’m delighted that Fraser Hamilton, who spent two months working with me last year before heading back to Loughborough for his final year of the Industrial Design & Technology degree, is hooking up with myself and Mark to not just help us explore interesting work, but to find out more about what sort of thing he wants to do. Fraser was a brilliant foil for me in various things last summer, from designing the new Artefact packs to running around the Saïd Business School making sure we were melting all the things we should have been melting during The Key To Leadership. Together, we’ll be looking to explore all of the different facets of People & Space which cropped up this month, and making new things for projects to see how the space around people can change the way they work. Testing out new forms of embodiment for Flow Engines might be a big part of our work together too. 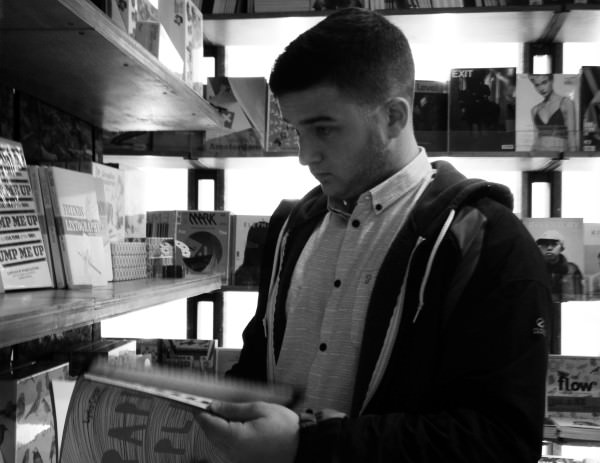 Fraser will also be working on the further development of Artefact Cards, which of course wouldn’t be possible without Tim Milne of Artomatic and Keith Rockett of the Axminster Printing Co. Tim’s been someone I’ve worked with since PHD days, basically my go-to guy whenever I think “I wonder if we could make a thing that does this…“. Which must get very tiring, given how many emails I send him. And Keith and his band of merry men are the people who make and ship your Artefact Cards to you, wherever you are in the world.

Since changing the packaging to the new one last September, we’ve shipped out just over 7,000 packs of them in various order sizes (which isn’t bad at all for a hobby-business built from scratch I guess). It’s been such a fun and useful thing to make, that with the team we’ll be looking at the right way to take it to the next level over the Autumn. In a way, Artefact Cards is a crash-test dummy; I can experiment with the business as much as I like when all the risk and consequence falls on me. I’m definitely going to make a Culture Map for it, just to see what’s inside.

I mentioned the Saïd Business School project before, and I’m delighted to have kept working on projects with Tracey Camilleri (who runs the Oxford Strategic Leadership Programme there) since then. I always come away from conversations with Tracey thinking how little I know, but feeling remarkably good about it; it’s like there’s a whole new world to discover, or mountain to climb, but there’s someone there I can ask daft questions and not be afraid of the answers. Projects with Tracey tend to be with people who’re thinking in three, four, five-year terms, or even more. It’s only by working with people who’re occupying the slower layers of People & Space that I can understand the knock-on effects throughout whole business cultures.

Finally, I’m delighted that not only will I still be working on projects with my friends at Gravity Road (we’ve been doing things together since I started), but until Christmas we’ll be taking a little space upstairs there; it’s a space to test space, as it were. Working with Gravity Road on projects means tapping into the immediacy of the world as it rushes by, operating along the fastest layers of popular culture. Which means that, as an environment to set up a test-case space for Fraser and I to work from occasionally in London, it feels like the right place to do it. What can we pull out of that torrent to create things from?

There we have it, then. A completed project on the future of Smithery, and a newly-forged thesis to work from. Besides all the brilliant people I’ve worked with so far in this journey (yes, you know who you are), there are three who need thanked much more than most; my wife Helen, son James and daughter Charlotte, without whom I wouldn’t have any reason to try and change a little bit of the world. Thanks to all of you who’ve read, commented and shared… I may lay off the blog for a week or so now, I don’t think I can typ mushh morrr…