Today, we’ve been playing amongst Antony Gormley’s ‘Another Place’, the series of sculptures on Crosby beach. 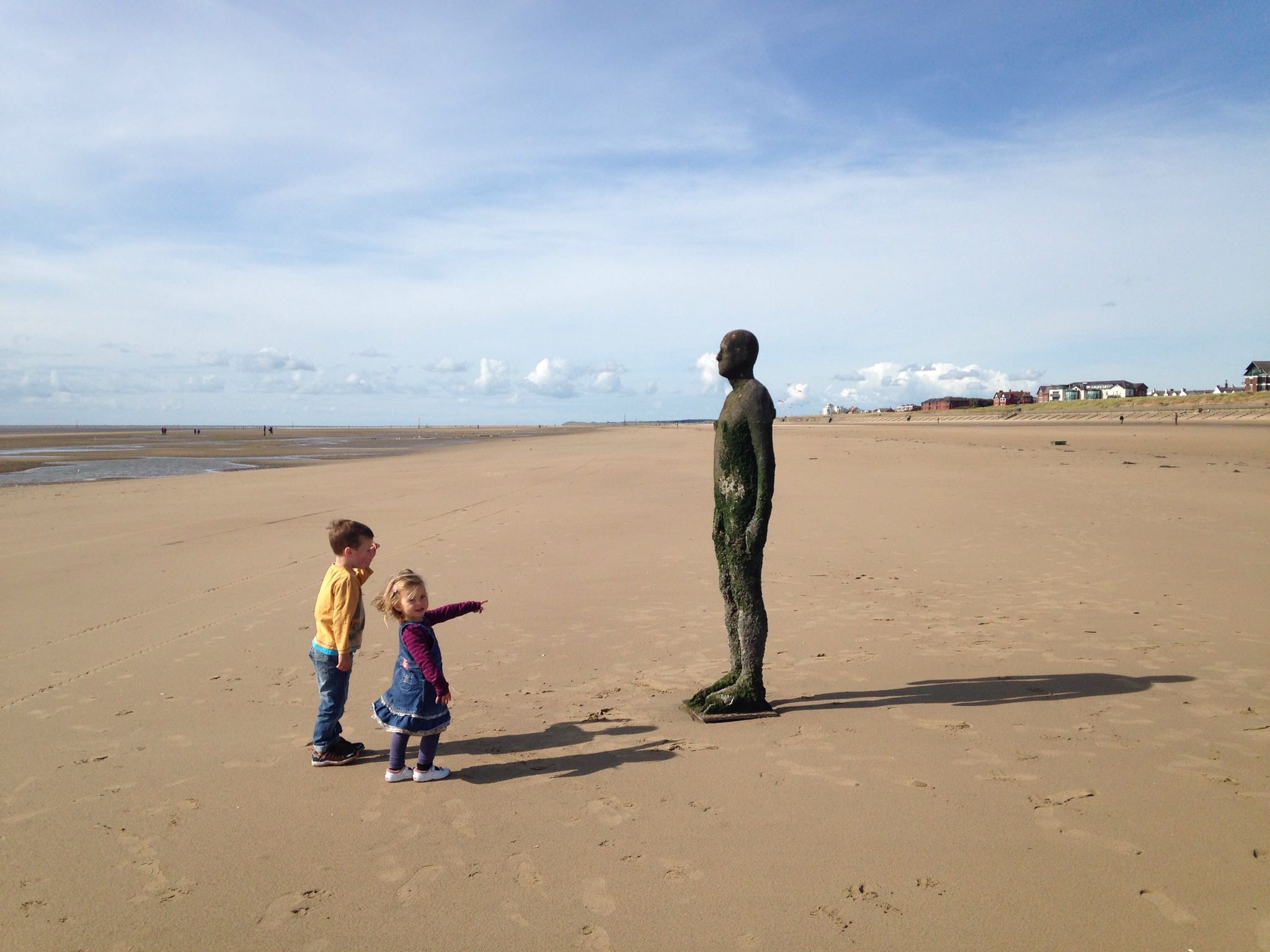 It wasn’t an intentional trip out to see them because of the PEOPLE x SPACE project, but became another example of how, just by wandering into a different, interesting place, you can new food for thought.

That’s how spaces work, I think.

Beyond the beauty and thoughtfulness of Another Place, there are some interesting things about the statues which became tangentially useful for the project.

Firstly, I presume that when they all went in the sand, fixed in place, gazing out to see, they were all pretty much the same. Identical, cookie-cutter statues, casts from the same mould, in the same material. You might have reasonably expected them to wear in the same way. Yet as you move between them, it is clear just how different they have become: 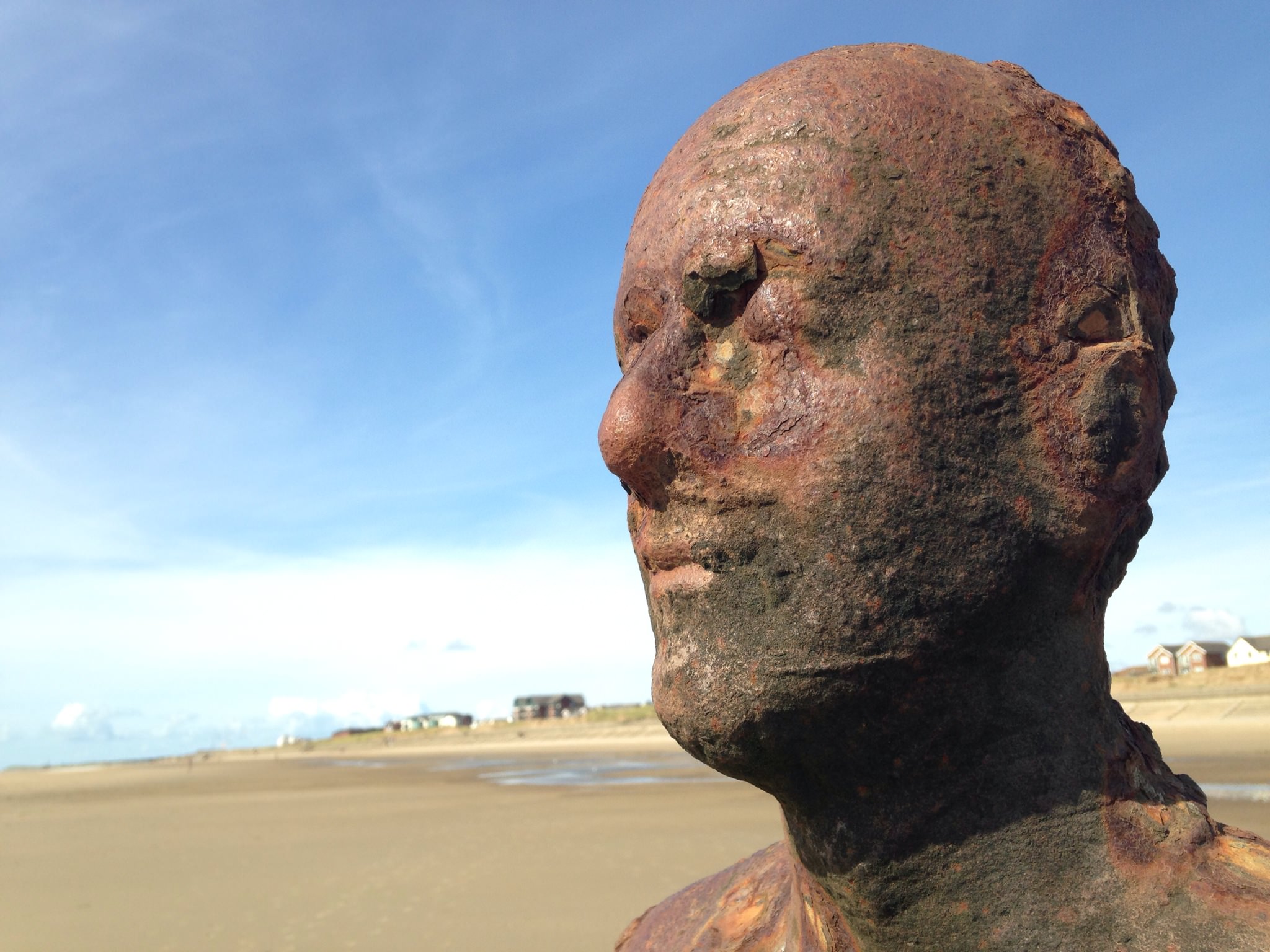 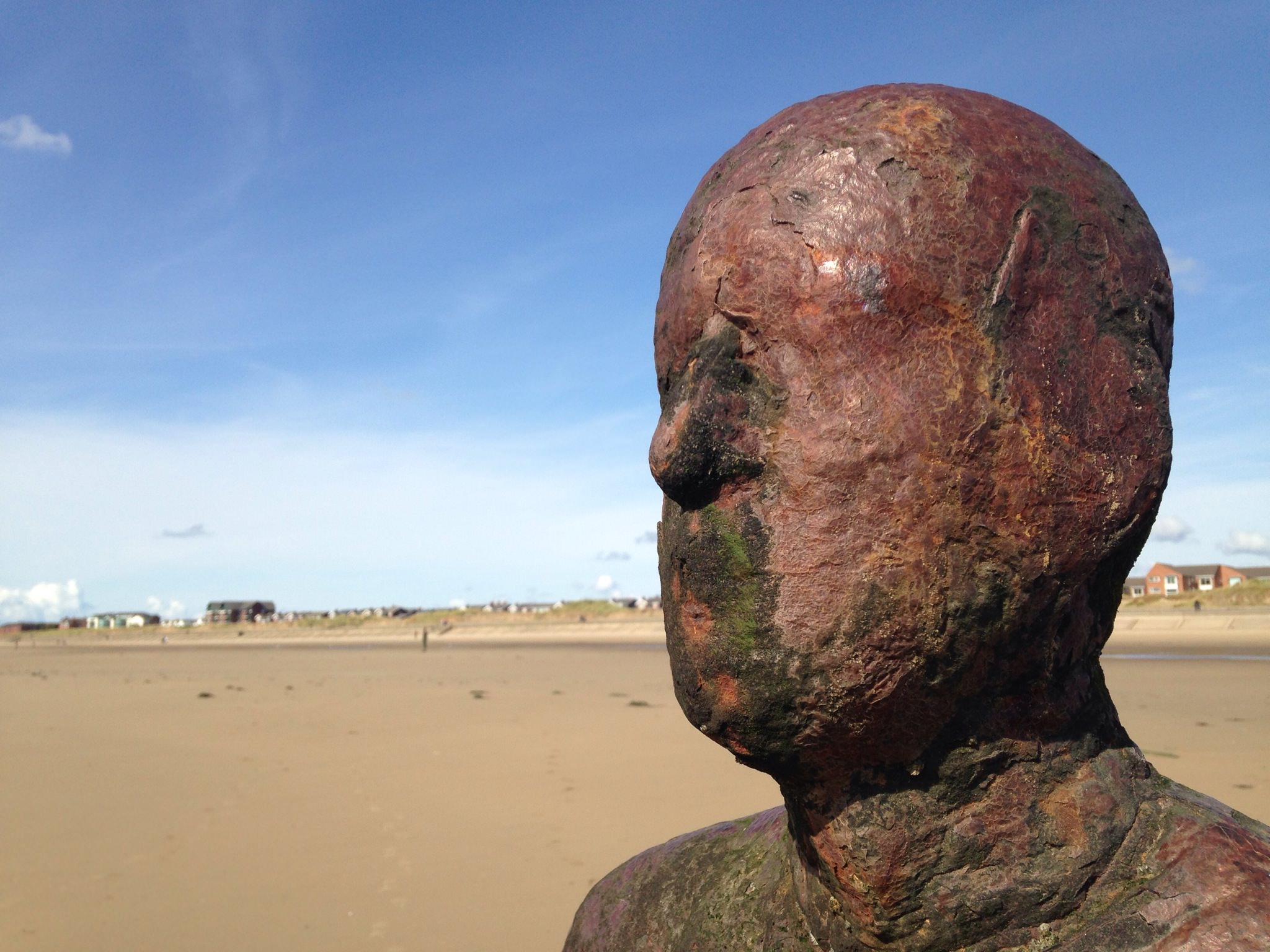 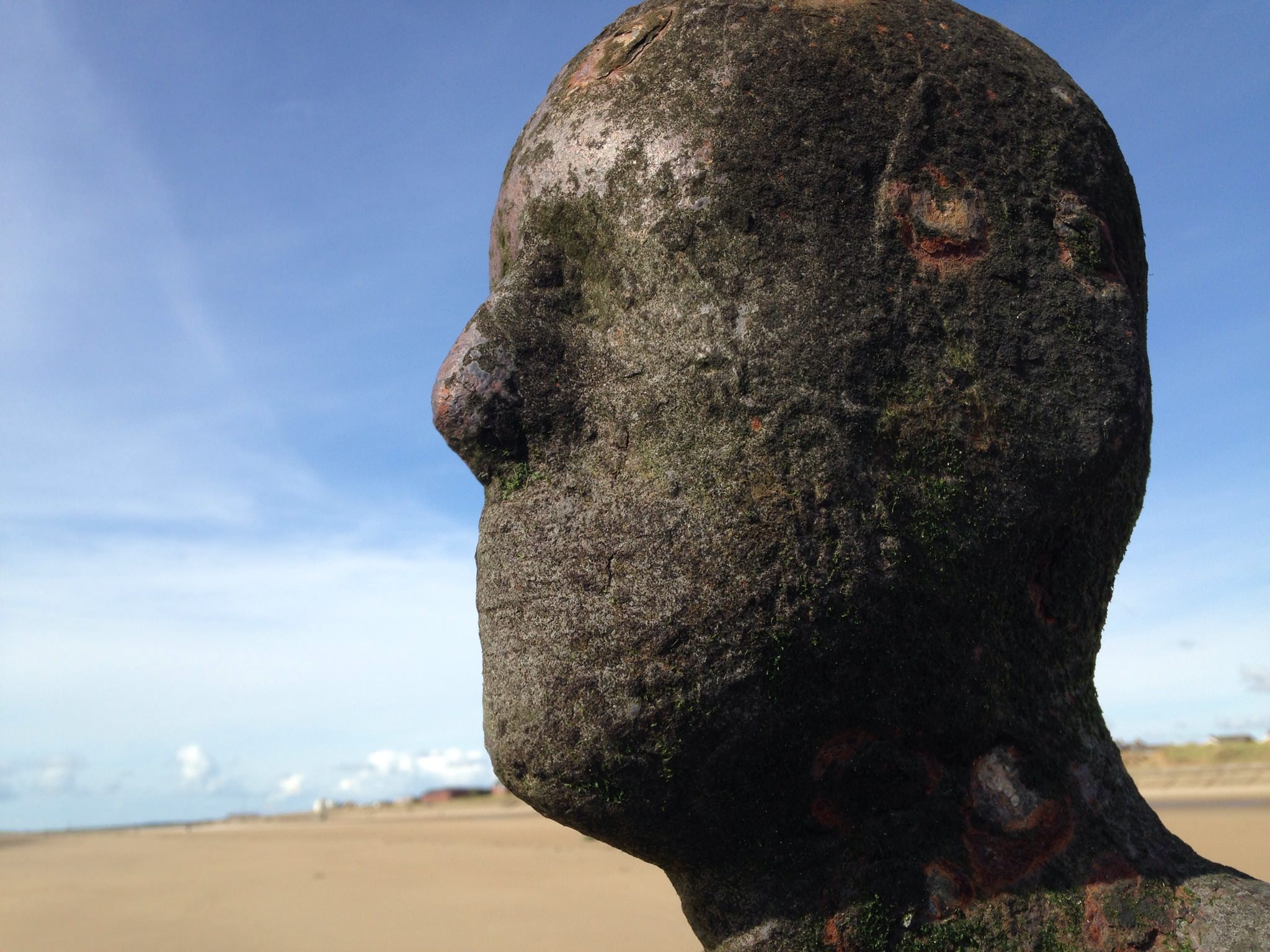 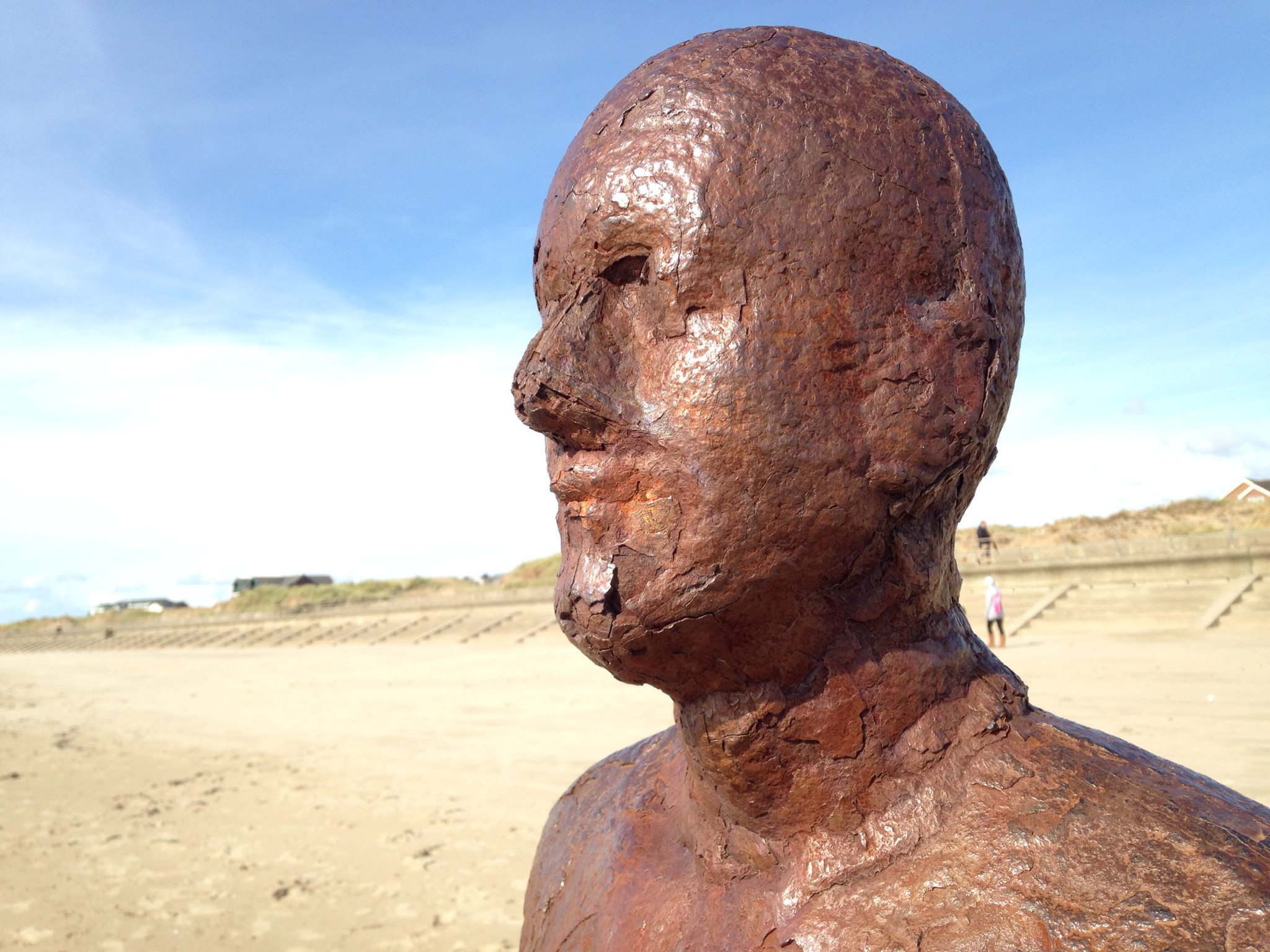 It’s not just the way that they wear at different rates, either. It’s in infinite additional little ways. The way the sun has blistered some, or barnacles cling to others (perhaps some were imperceptibly rougher than others, which have sea life more to cling too. They way the iron cooled differently, and little whirls of rust begin to appear. 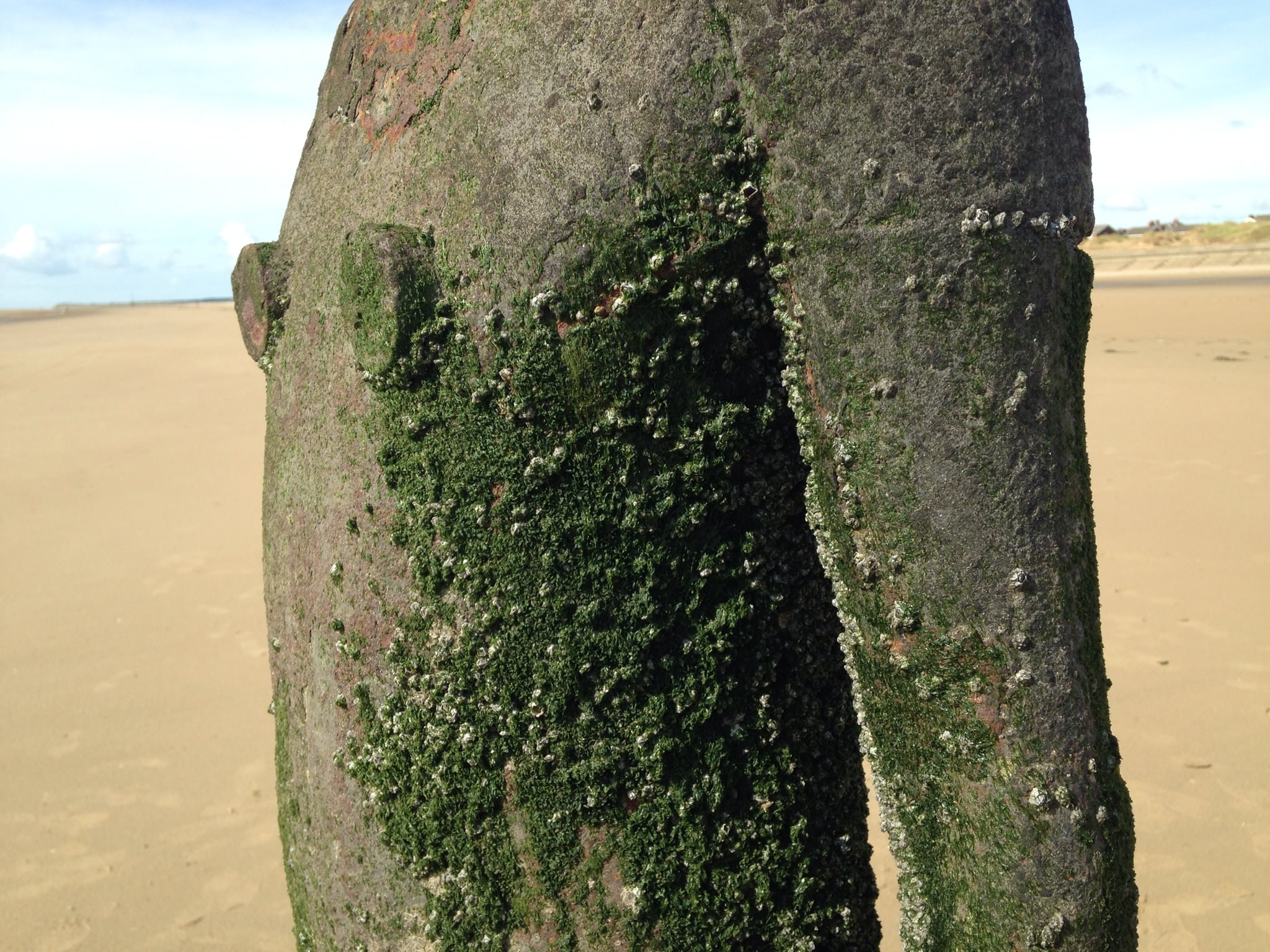 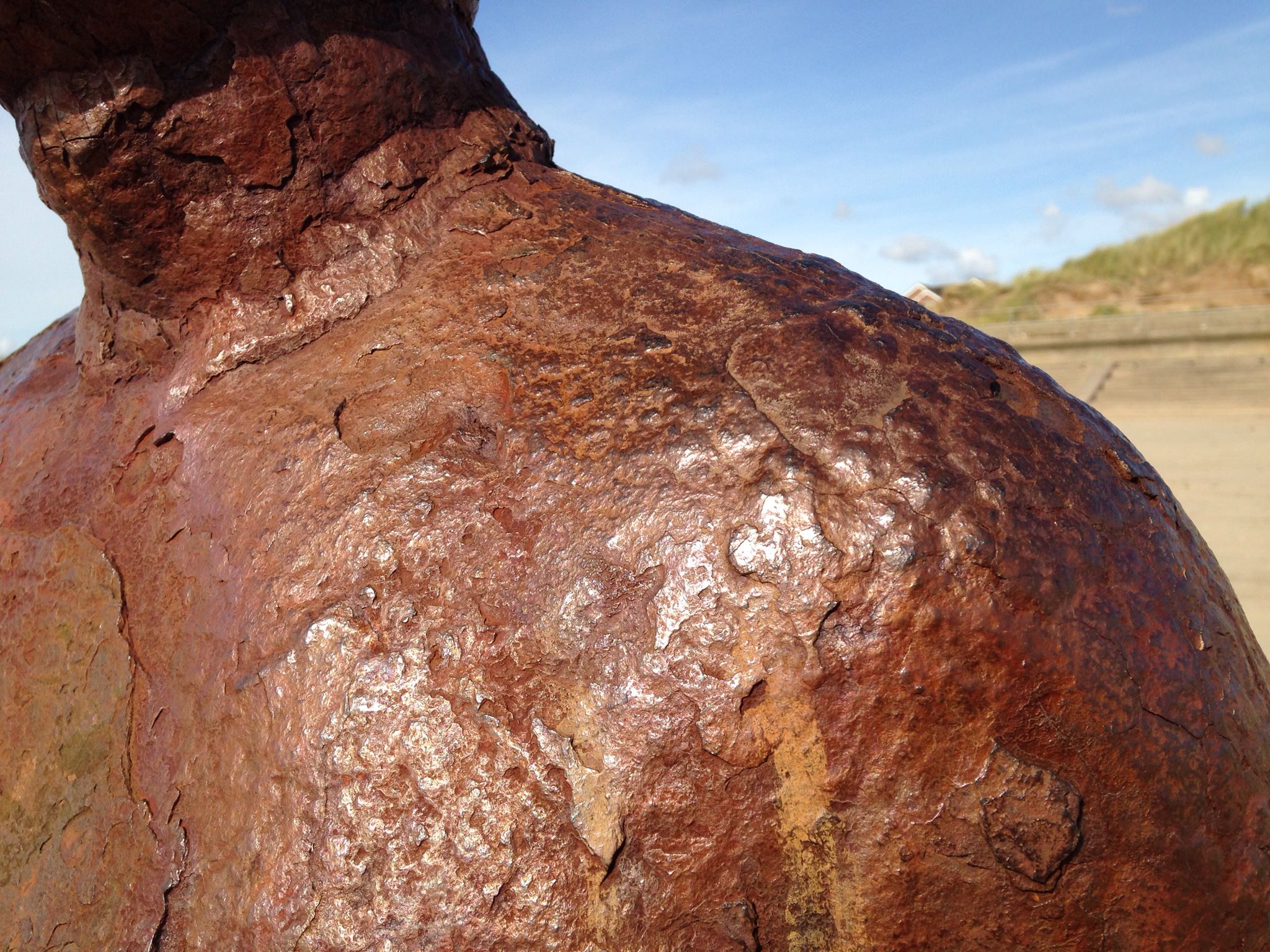 Then, of course, they’ve been given an individual code by whoever works in the beach HR team… Perhaps it’s their payroll number? “Ah, good standing this month, Stanley. There’s a little extra in the pay packet. Now, Clive can’t do Tuesday any more, would you mind swapping shifts again..?” 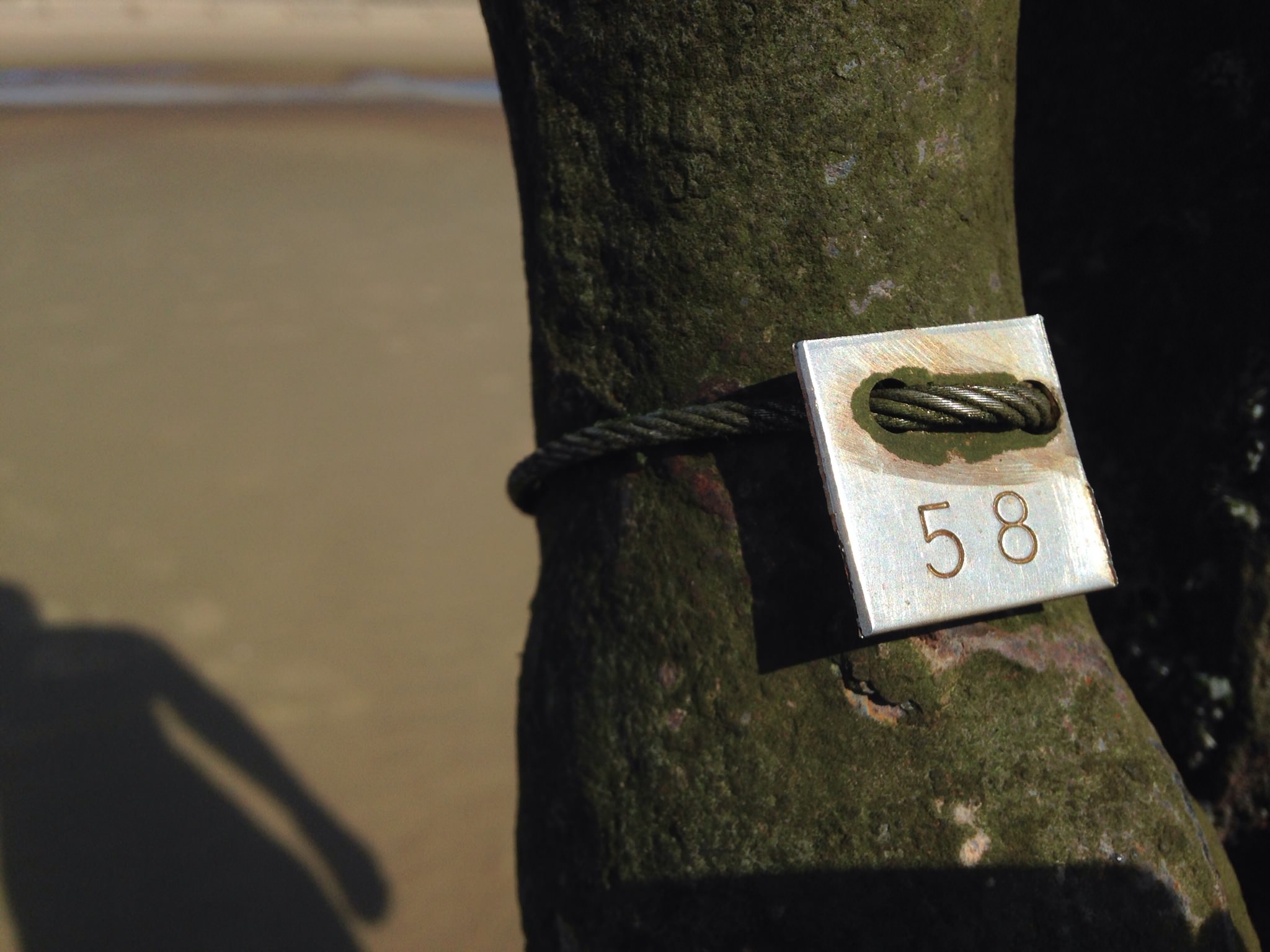 Anyway, the 100 yards or so between each individual sculpture made me think about the spaces in companies. We presume that when people are dropped in, they’re all going to react to things in similar ways. Companies look for cookie-cutter people, who’re of one type. Sometimes they brief specifically for that, sometimes it just informally spreads that a ‘certain sort’ of employee will fit in well.

Yet everyone is affected by the wind and the rain, the tides and the currents, the chemistry and the biology of a business differently. You can be ten yards away from someone in a business, and have an entirely different set of feelings and associations about the things that happen there. Some people do well, some people do less well. Then you have the ones who just don’t conform to what you expect of them, and introduce something new… 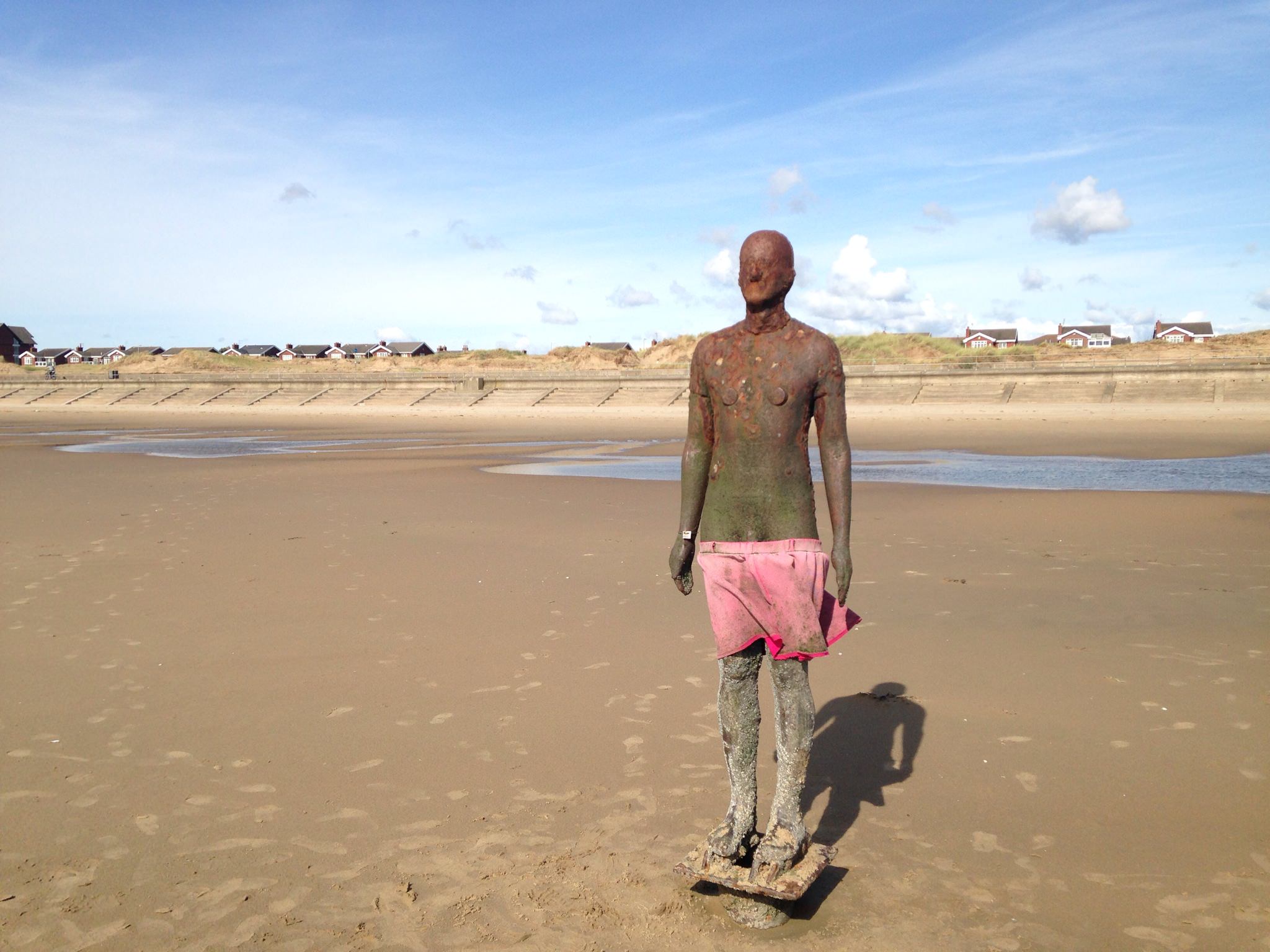 As I stood on the beach, striding between Stanley and Clive and all of the other iron employees, I quickly rewrote on Artefact Cards a newer, better version of my five SPACE layers.

The things that affect us all in different ways, and can increase or decrease drag on our work rate. I talked about rate yesterday, you’ll remember.

I also realised that as much as the PEOPLE questions contained an element of the past (Work as a verb, something that has been done), the SPACE questions (Work as a noun, a place to do it) naturally contains something of the future; where will we do this work in future? What resources will we need to surround ourselves with? What locations will work best? What are the digital spaces between us that will help and hinder?

In order from fastest to slowest layer, then, the SPACE layers:

PERSONAL – “What will you need to do your best work this week?”

TEAM – “What will your team need to operate really well for the next month?”

DIVISION – “What will your unit need to make next quarter the best yet?”

COMPANY – “What will your business need to beat this year’s expectations?”

SOCIETY – “What will you need to still be thriving in the world in ten year’s time?”

Tomorrow, I’ll bring them back together with the PEOPLE layers, and talk about The Relativity Matrix as a whole, and why it might have  a new name thanks to Mark and Tracey…