The brilliant Rob Poynton sent this over to me – a great talk by Ella Saltmarshe for those of us who discombobulate wildly whenever anyone asks what it is exactly you do:

I’m over two years in to Smithery, and still enjoying the mental and verbal tussle with the many things that it is I do.  That’s fine though; part of the whole idea of “Smithery” was that it harked back to an age before job descriptions.  For instance, I just found this again: 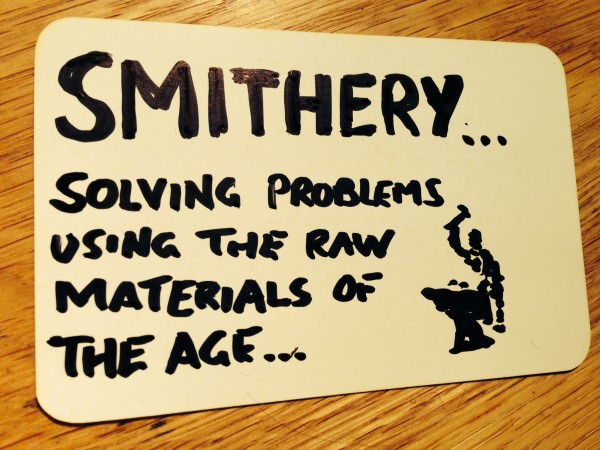 The idea of the ‘raw materials’ thing was to say that rather than steel, iron, stone and wood, there’s now a group of people working with a whole different set of materials who, perhaps back then, would have all had the same collective name.

I learned from a post by Darren Farrar here that in the middle of the 19th century, one in five men in the US would record themselves in a census as “a blacksmith”.  One in five.

Sometimes, perhaps, it isn’t just people who’re polymaths, but materials too.  The things that you can use for just about anything.

One Reply to “All Power To The Polymath”