On Sunday, Smithery will be two years old.

So far, it’s either one or two, and definitely not three.  Perhaps working with Fraser across the summer has even made me consider one more seriously.  We’ll see.  One year to go until decision time.

As always, a huge thank you to the friends, family, partners and clients who’ve believed, and continue to support Smithery.  You know who you are.

The overall ‘Smithery’ idea, of making things that people want using the raw materials of the age, continues to be a very useful metaphor for the work.

Smithery is even handily defined when you Google the word as “the work of or goods made by a smith”, which very neatly refers back to the way I’ve set Smithery up to work with other folks’ products and services, and the things I’ve been setting out to make in-house. 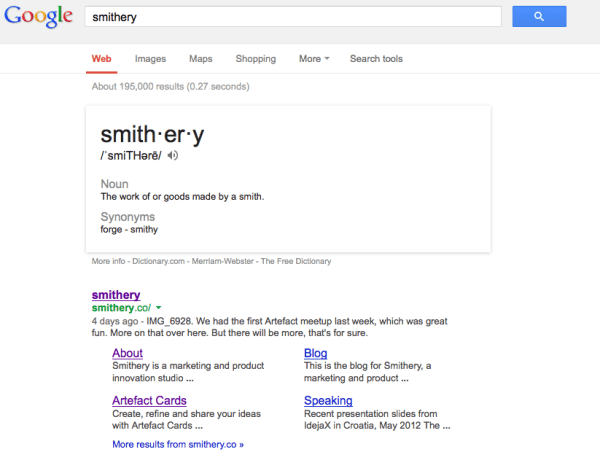 This week, there’s been more good news on that sort of thing – the Artefact Cards app is now featured in the Productivity section of the App store, which is a nice vindication to have of the idea: 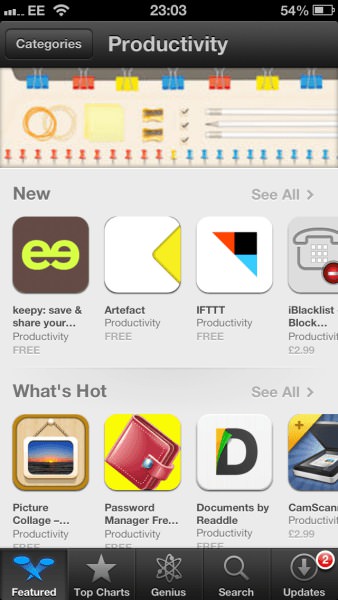 Finally, earlier today, Nick Jones tweeted me a page from a book he’s reading, another thing to reinforce the Smithery metaphor… 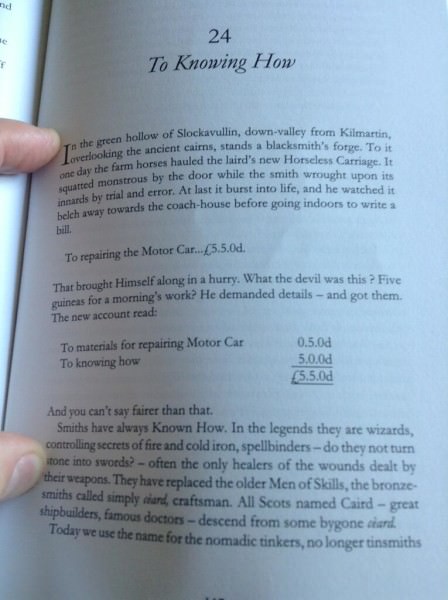 Here’s to Year Three, and Knowing How.