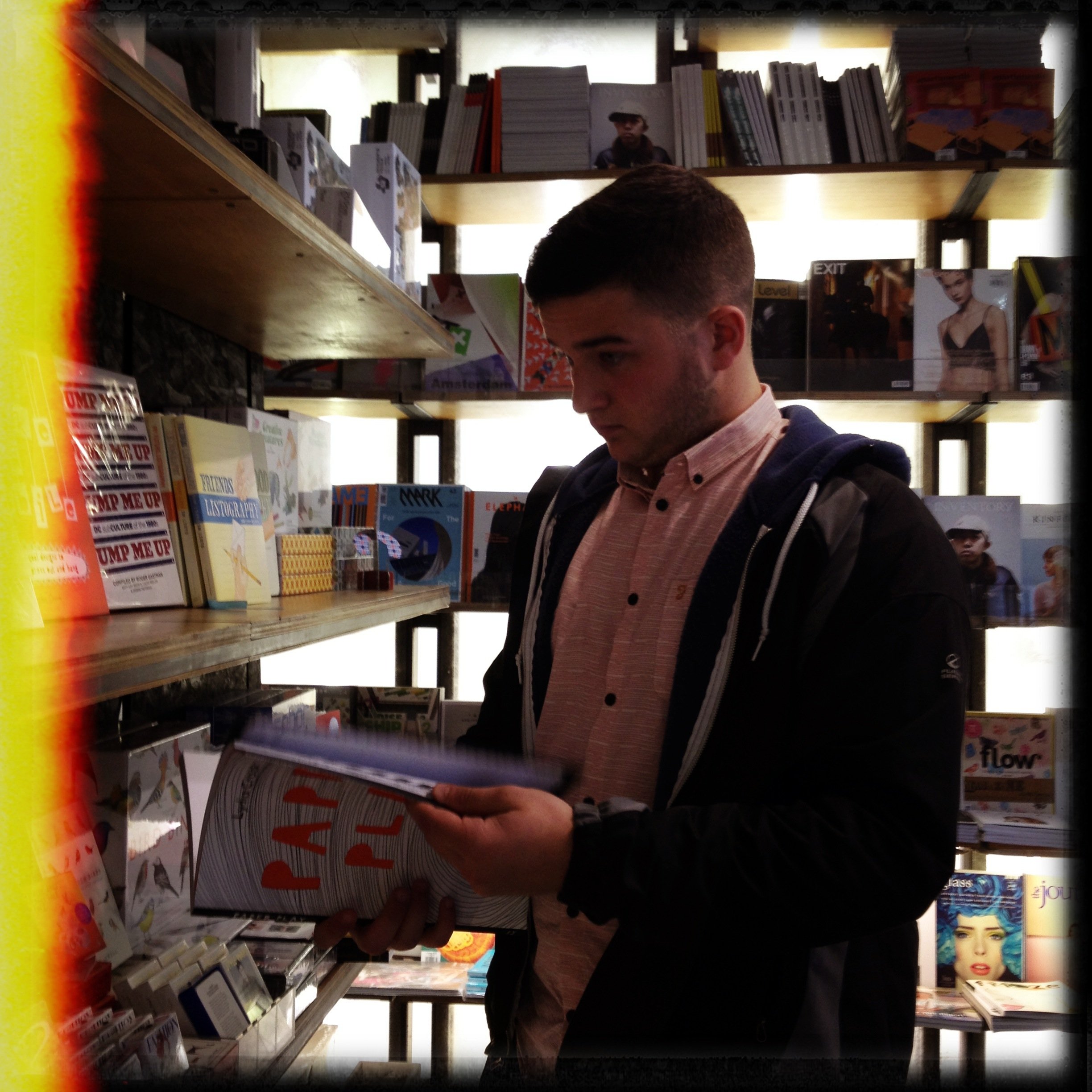 So, for the summer Smithery has become two people… I’d like you all to say hello to Fraser Hamilton, who’s going into the final year of his Industrial Design degree at Loughborough in the Autumn.

He’s just finished up a placement with Mark Shayler at consultancy Tickety Boo, who tackle product design, packaging and services in a much more environmental fashion. And funnily enough, he’s from East Kilbride, only five miles from where I grew up in Hamilton. Smithery is defintely a Lanarkshire thing, it would seem.

We met at the Do Lectures, the long and interesting repercussions of all of which I’ll get round to writing up some day when I can / have time /get my head around everything.

And alongside some other client projects (including the SEKRITPROJEKT for Carlsberg which has been amazing fun over the last few weeks, roping in James Wallis, Mark Earls, Tim Milne & Sophie Henderson along the way), Fraser’s going to be looking at designing a new box for the Artefact Cards…

….WHHOOOAAAA, screams the Artefact faithful… but we love the box. The box rocks. Or rox, or something. Don’t CHANGE it….

I know, I love the boxes too.

But there are reasons…

Firstly, it’s about where these existing boxes are from. They’re white label MOO packaging of course, as they have been from the start. I couldn’t find a British maker of boxes who’d make a box that small, so the next best thing I could do was use a great (and MOO are great) British supplier of boxes.

But they have to import the boxes themselves, and I’d rather that Artefact Cards were 100% made in Britain. In the long term, I’d like them to be 100% made in the region or country they’re sold in too, but we’ll tackle that one later.

Secondly, they are substantial boxes, and my gut feeling is that it’s a bit too much packaging around the cards themselves. And because they’re weighty and heavy filled with cards, the shipping boxes that we then use to send out the cards ned to be more sunstantial too. There’s too much material there that, whilst beautiful, doesn’t need to be there. I’d like to reduce that where we can.

Thirdly, I believe the lovely MOO boxes actually prevent some people from using the cards. I’ve had a lot of conversations with people who don’t want to use the cards they’ve bought because they feel so perfect and clean in that box. I’m not really into selling people a pristine item to sit on a shelf. I want them to be something people use to make better ideas faster.

Lastly, I want the cards to cost less. Largely because I’ve seen what happens when you put them in the hands of young people, and young people can’t really afford them at the moment.

It started at last year’s Young Rewired State hub in Brighton, I helped out for a few days and donated enough Artefact Cards for all the kids to get a box, and was blown away with how naturally they took to them and how creative they got with them.

Then, Artefact SuperFan Simon‘s wife is a Maths teacher, and has been using them in her lessons at a secondary school, and there’s a forthcoming blog post on that. And I also sent some up to my Mum, who took them into the primary school she used to teach in, and the teachers saw loads of opportunities to help kids learn and create in a playful way.

So if I want more students and school kids to be able to afford them, there’s two ways to do that:

1. I make and sell more. The last production run we did down in Axminster was for 250,000 Artefact Cards. But it turns out that in the econonomies of scale of material culture, quarter of a million Artefact Cards isn’t cool. What’s cool is a billion Artefact Cards (to paraphrase The Social Network). When we do many, many more, unit cost comes way down.

2. I reduce the cost of making them, which by making better packaging, we can do, I think.

So that’s the plan.

Fraser’s spending some time over the next couple of weeks getting into some ideas and seeing what’s what, and we started this week with a good conversation with Tim which we’ve recorded or posterity here…

listen to ‘What are Artefact Cards? In conversation with Tim Milne & Fraser Hamilton’ on Audioboo

Then I’ve listed out an Artefact Chronology – the most useful thing about developing in the open, perhaps, is that you’ve got an entire history of a project ready to share whenever you need to:

So there’s lots for Fraser to go on here too.

As a final request to all the Artefact users though, if you know of anything else Fraser and myself should look at, either Artefact Cards-specific or wider inspiration from other lean packaging, then please do drop a note in the comments section below.

Fraser will be writing some posts to update everyone of progress as he goes, of course.

UPDATE – we’ve opened up a new Flickr group to capture just how you use, store and carry your Artefact Cards at the moment – upload as many or as few pictures as you like, but the more the merrier really, as they will be brilliant visual insights into what we’re designing for – http://www.flickr.com/groups/artefact/