We had a lovely Thursday night out last week.  Last year, I teamed up with Gravity Road & Atom42 to pitch to form ‘an agency that disappears in the night’ for the Huffington Post in the UK account.  Gravity Road do the creative & content, Atom42 do the media, I do the strategy and weird ideas.

They’re a great brand to work on, and great client to work for.  This is a wee taster of the sort of thing we’ve been doing for them…

We were up for two awards at the Drum Marketing awards, Advertising Strategy and Digital Strategy, and we managed to win them both. 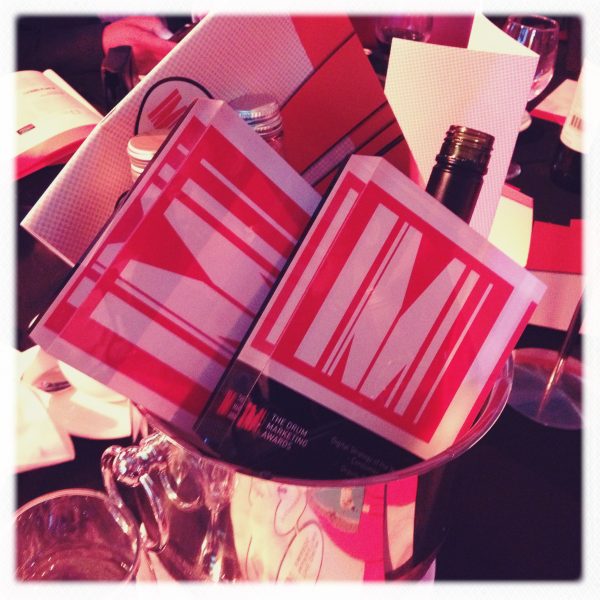 Which is very nice indeed, thank you.   It’s easy to be cynical about awards unless you’re winning them.  “Go Team HP” indeed.  There was much dancing done until the early hours…

…which meant I was rather the worse for where when thinking about it the next day, but what struck me was that rather than the endless awards entry rewrites and searching for a story to match the results (which a lot of agencies go through I think), we just told the story of what we were all trying to do, right from the off, from that very first meeting with the Huffington Post team.

Just good pre-rationalisation.  And an idea that worked.