I’m reading ‘The Thinking Hand’ by Juhanni Pallasmaa again. A great passage from it:

“Sketching and drawing are spatial and haptic exercises that fuse the external reality of space and matter, and the internal reality of perception, thought and mental imagery into singular and dialectic entities”.

It’s a fusion of the thing and the way you perceive it.

It made me think of the trouble a few people have with drawing on Artefact Cards.

They don’t like drawing, because they say ‘I can’t draw’.

I often tell them it’s not that they can’t draw, but that they don’t draw much any more. We all used to draw loads. Most people stop. It’s just a matter of drawing more again, practicing, getting better.

The passage above made me think that maybe there’s an issue too with people worrying what the drawing looks like as they do it.

It doesn’t look like the thing they thought it would be.

Nothing I draw is ever the drawing I imagined before I started. You discover what the drawing as as your doing it, and after you’ve finished it.

The trick is not thinking about the drawing itself, but the thing you’re trying to show.

Don’t think about what you’re drawing.

Draw what you’re thinking about. 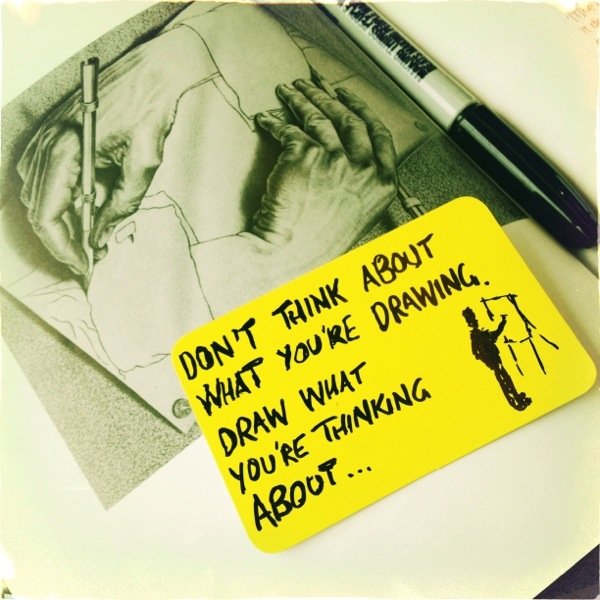 One Reply to “Draw what you’re thinking about”