I’ve been running a bit of late.  I mean four times, really, rather than ‘a bit’.

I signed up for a 10k run Toby was going to do, and then we found out Matt’s going to do it too, with his twin brother.

I know, twins runing a race… I’ll be keeping my eye on that…

The first three runs I did were all the same distance (or there abouts), because I was following the same route.  You can get a glut of information and statistics about exactly how you’ve done in comparison with previous performances, using something like the Nike Running app: 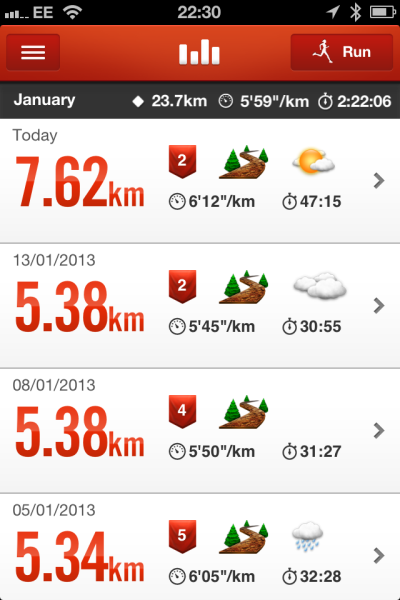 But I realised today, if you just keep running the same route, to try and beat your times round there, it’s not that productive.  That becomes the only race you can run.  You know where to go fast, where the hills are, where to push it.

I started thinking about it this way – you can always run a long run faster, but you can’t run a short run longer. 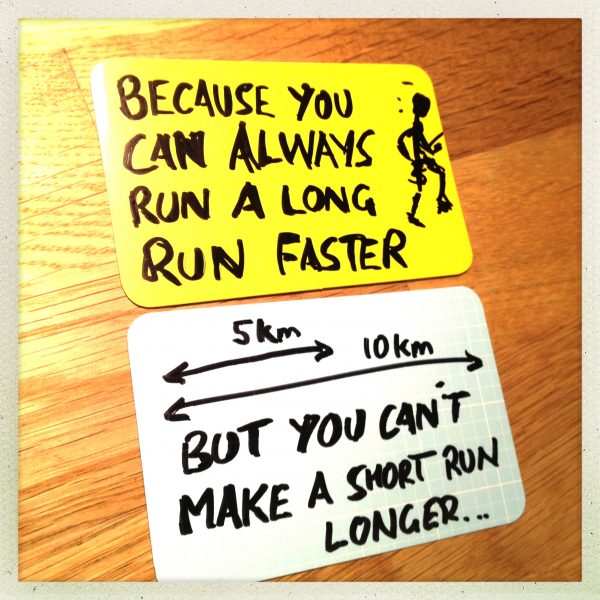 The problem with all the stats you can now have access too means that, because they’re stats, you want to beat them.  And the best way to beat them is too keep doing them, and getting better.  Which is good, I guess, if the race you’re running is the last one you need to run.

But if you never run a new route, and go further than you have before, and push the limits, you’ll never really progress.  You’ll keep getting better at the thing you do, sure.  But you won’t discover how far you could push it either.

So watch out for those stats, in whatever you’re doing.  They just want you to do the same thing again, but a bit better.  When maybe you should be doing a bigger thing instead.

Because once you run that longer run, you’ll have some new stats to beat.