A mini-project update; before Christmas, I said I’d plan to make one of these, for using to film a top-down series of videos with the Artefact Cards: 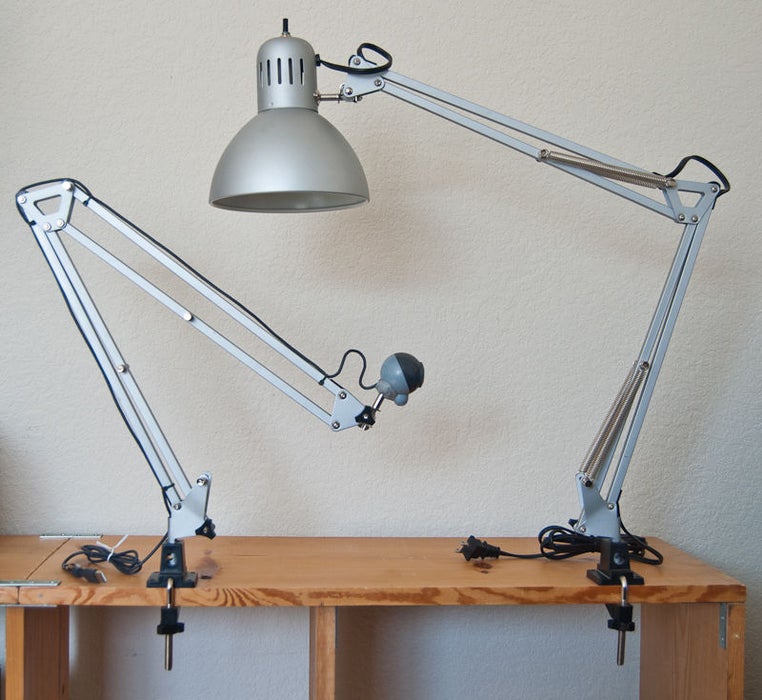 You can find out how to make one here on Instructables.  It’s really simple, took about half an hour to rig up, then was usable the next day after the Sugru had cured.  Here it is, hovering above me with it’s little eye… 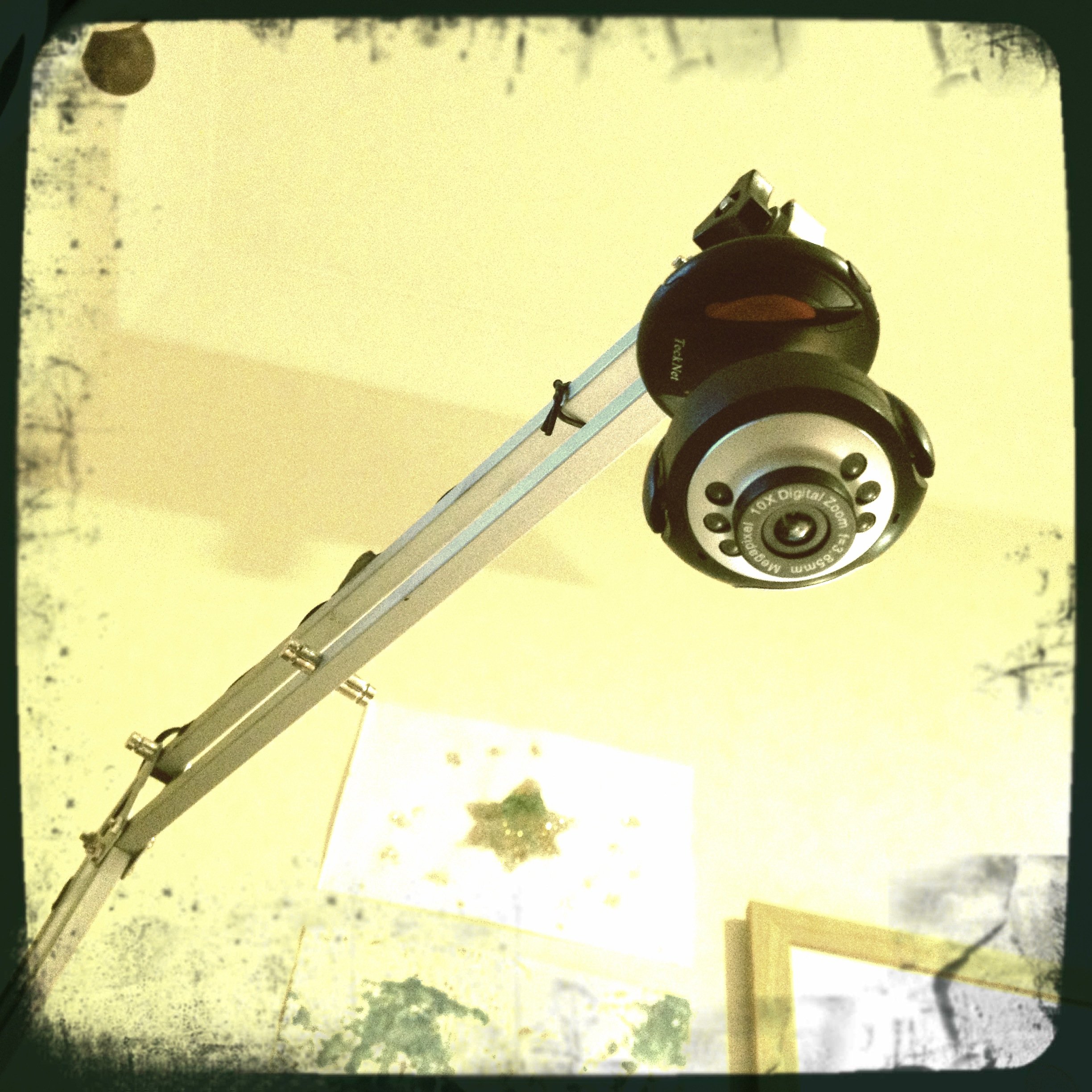 Anyway, I’ve just shot a test video with it:

I’m minorly happy with it; it’s confirmed that the lighting is a problem (which I feared) and I’m not very good at doing video blogging (which I knew, but want to improve at… it’s a vague 2013 resolution).

It occurs that it might to be really handy on Skype calls too, when switching to a view to show/draw diagrams and so on.  I have a terrible tendancy to show people Artefact Cards right in front of the Facetime camera on my Mac at the mo, and it’s probably not a great way to explain things.

I guess in that respect, it could start to be a very hacky version of Illumishare – without the clever video overlay stuff, of course: 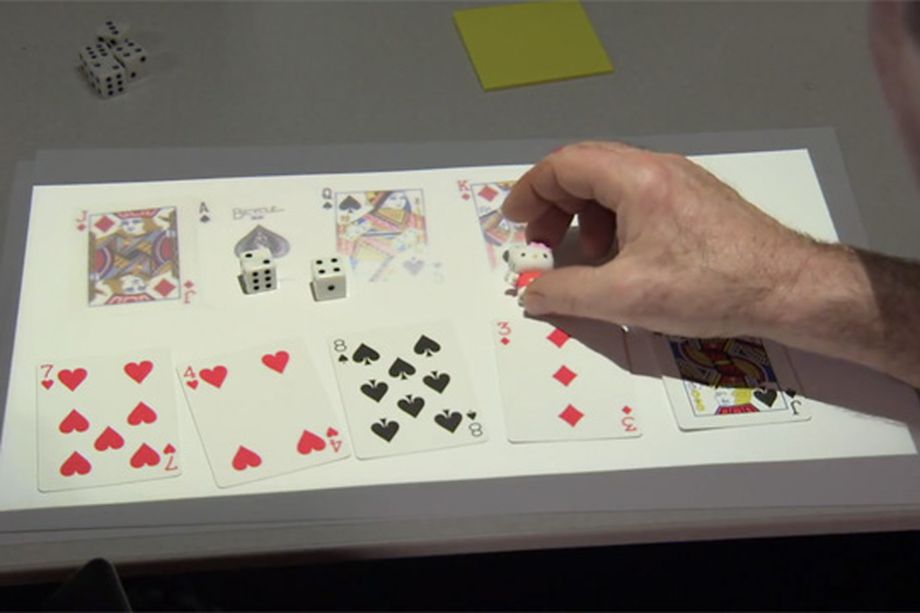