Just after Christmas, I’d to send something back to Amazon to exchange it.  The Home Delivery Network, one of Amazon’s many random delivery merchants, had seen fit to leave a package out in the rain overnight (despite the fact that we must have been in when they called that evening), and so ruined a book.

No problem, said Amazon, we’ll send you another one, but you’ve got to send us that one back.

We duly trotted across Sussex to the nearest newsagent that offered the returns service, in a place called Newick.  We couldn’t find it though, despite Newick being a fairly small village.  I parked up, and went wandering round with my phone map instead.  When I finally found it, the sign outside took me back twelve years… 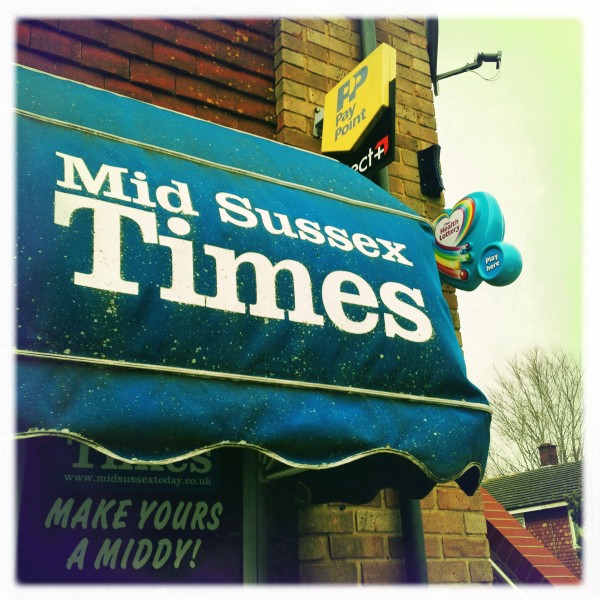 My first media job was as a graduate at BJM, a market research agency which was on 4-5 Bonhill Street in the City…

…by some slight coincidence, in exactly the same building where the Google Campus now is.  I barely recognise the place now, of course.  It’s been all Googlified.

I’d applied for the job after seeing the ad for a Graduate Media Researcher – I’d written a dissertation which went under the user-friendly name of An Econometric Evaluation Of The Demand For Cinema 1959-1995.  Media research, yeah?

Anyway, as it turned out, it wasn’t that sort of media research.  BJM did a lot of research for regional press titles, auditing their circulation for JICREG and the like.

I spent about six months working on a Mid Sussex Times project.  Part of my job, indeed quite a large part of my job it seemed, was to cut mastheads out of regional papers, photocopy them dozens of times, stick them to A4 paper in different rotations, making visual prompts for market researchers to roam round the streets and ask “and which of these newspapers do you regularly read… and most often…?”

As I tramped back through those same streets to the car, I wandered past all the identikit houses that those mastheads I’d photocopied had perhaps visited. 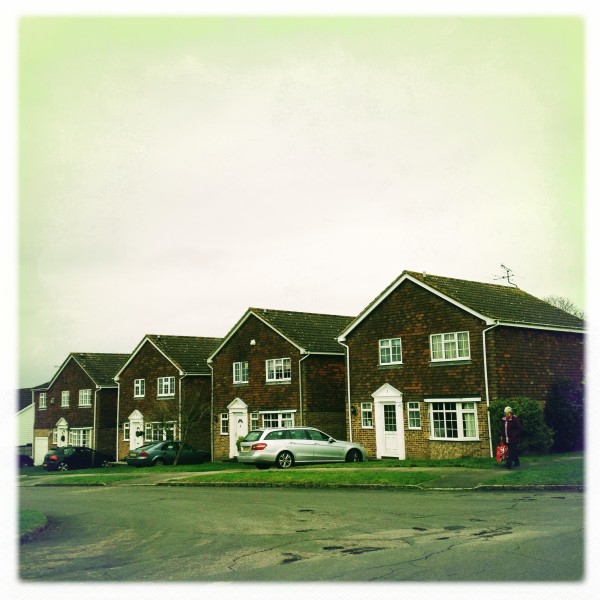 Media nowadays means that people are completely unlikely to be as similar as their houses suggest, yet still there’s still media that tries to cater for them all equally.  As much as things have changed, there’s still a lot media around that’s been around for a century or more.  Perhaps the hardest thing marketers have to do now is balancing the old and the new.

I wonder what’s going to be on the local shop awning in another 12 years time?