I’m always happy when I spot a Ferguson Three-Point Linkage. Which increasingly happens in children’s playparks nowadays, as old tractors are used as new playthings. 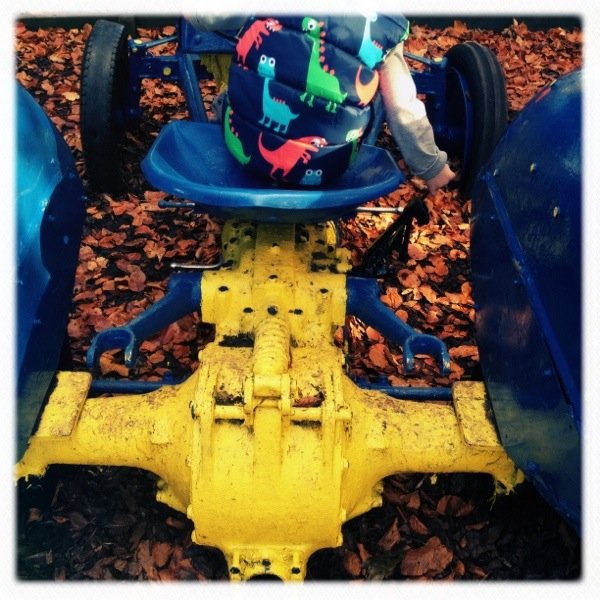 I’ve written about them before, but there’s definitely a lesson to be learned in an era of technology companies who spend more money on patent lawyers than research engineers.

Anyway, from the Wikipedia entry…

“Before the 1940s, each manufacturer used their own systems for hitching, or attaching their implements to their tractors. Commonplace was the two-point hitch system which could not effectively be used for lifting many implements. At this time, farmers would have to purchase the same brand implements as their tractor to be able to correctly hook up the implement. If a farmer needed to use a different brand implement with the tractor an adaptation kit – which were typically clumsy, ill-fitting, or unsafe – had to be installed.

Play nicely, open up standards, and everyone benefits.