A very swift post, to knock some thinking into shape for the Cross Creative day I’ve been invited to talk at today.

We went on a family outing to the new Riverside Museum in Glasgow yesterday, or ‘the New Transport Museum’ as everyone round these parts calls it. 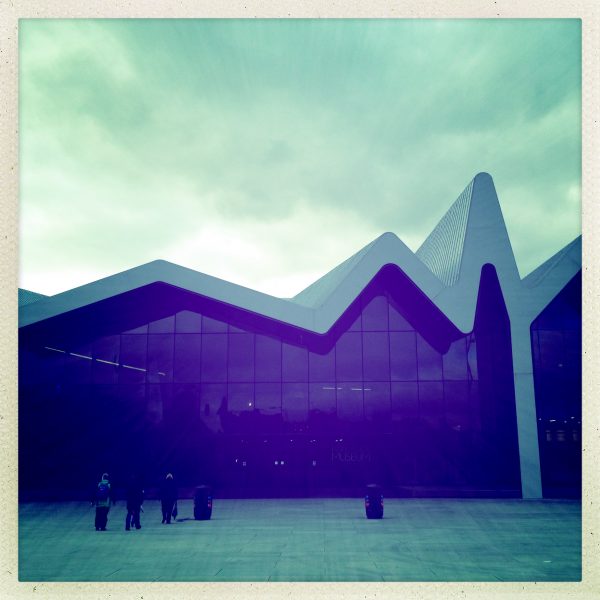 Glasgow folk quickly make up their own names for things, rather than bow to offical nomenclature.  See also The Squinty Bridge, or The Armadillo.

I was fascinated by the story of the Argyll Motor Co, which is actually quite hard to find out about on the internet (most of the information I have is still first hand from the museum, rather than supported by anything online). 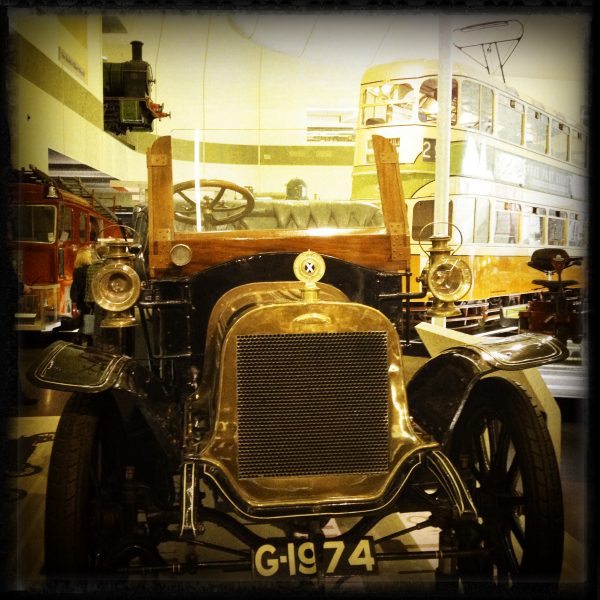 Anyway, the core of their story is this – from a small works in Glasgow, they moved to a new purpose-built factory just south of Loch Lomond – rather than a dirty, dull, sometimes dangerous factory as a lot of motor works would have been at the time, this factory was a veritable palace.

An amazing place to work, live, and learn a craft… and they really treated car making as a craft, as they offered an unrivalled range of customisation and personalisation for customers. 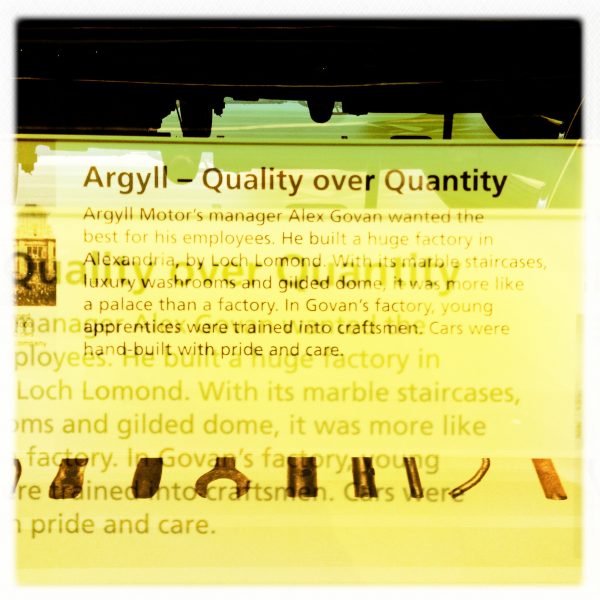 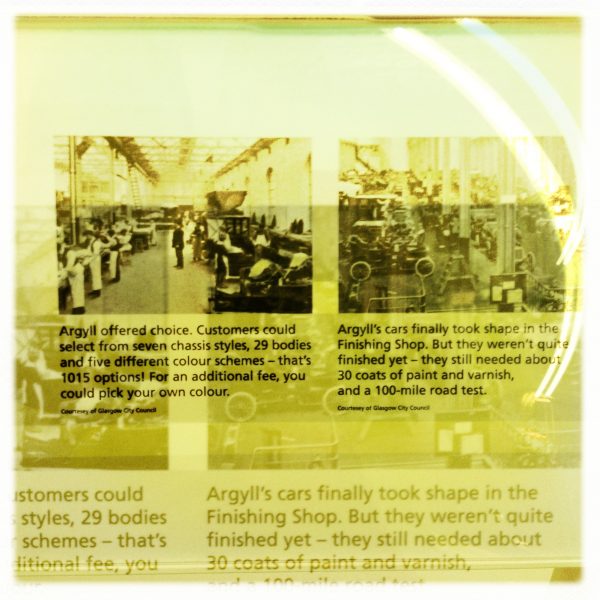 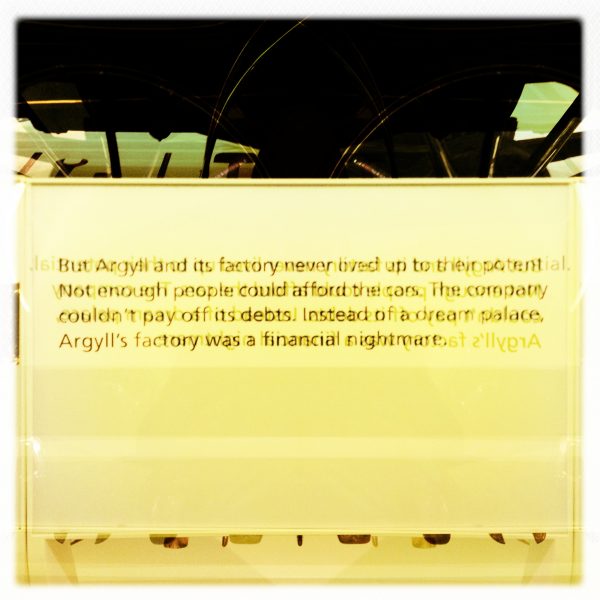 Of course, it didn’t work – you couldn’t run a business like that in early 20th century car-making.  You had to run a car manufacturer like that Mr Ford did over in the US… everuthing that came out the factory was exactly the same, and the factory itself was a shitty place to work (the reason Henry Ford paid double the wages that you could expect elsewhere was that their retention rate was so attrocious). 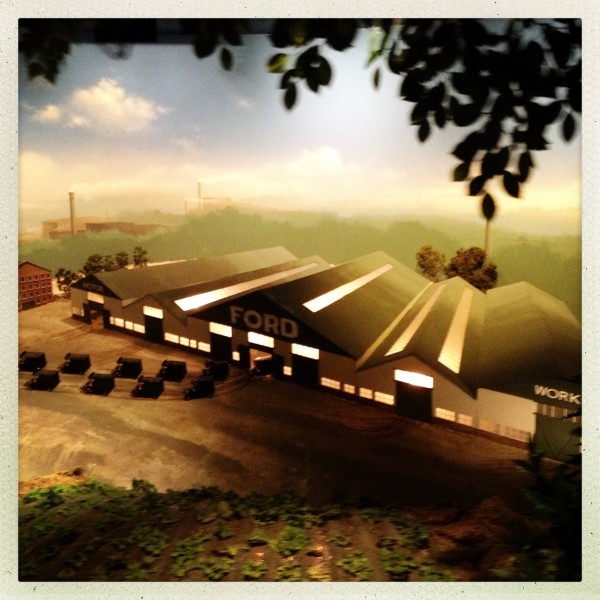 It occurs though, that if you were to set up a car business in the modern age, you’d ask it to do all the things that the Argyll Motor Co. tried to do.  Creat inspiring places for employees, treat the work as the highest craft, offer as much customisation as you can.  Argyll just tried it in an age where it wasn’t possible.

As everything gets increasingly spime-y (with things like EVRYTHNG), people will need to make their products with this world in mind, as opposed to just expecting that the products they made in the Henry Ford era will be fine.

If you’re going to attach lots of internet things to physical products, you should really make them interesting with this in mind… 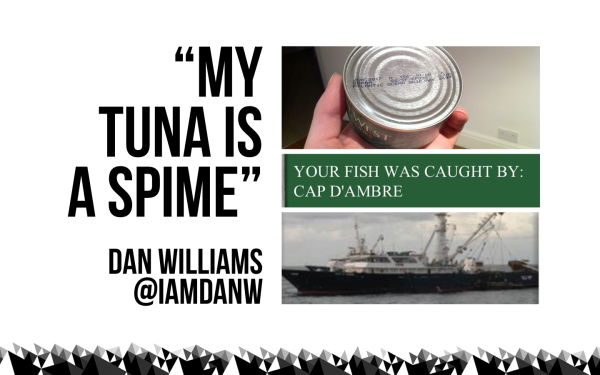