Many years ago, I read a book called Collapse, by Jared Diamond.

The book details how, throughout history, various civilisations have caused their own demise, often by continuing to do the very thing that is destroying them.

The example that has always stuck in my mind most was that of Easter Island. 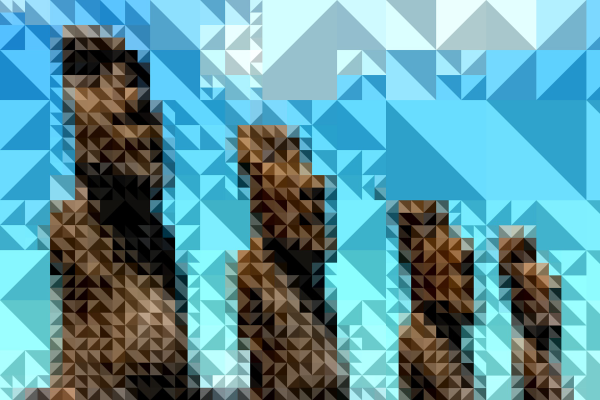 When a group of Dutch explorers first arrived in 1722, they found a population of 2,000 or so poorly equipped islanders, living on a barren grassland 64 square miles across, where no tree or bush grew larger than 10ft high.  Their only transport were small, flimsy crafts made from small planks.  They were trapped in the middle of the Pacific.

But they were not alone.

The explorers also found some 200 or so giant statues, some over 30ft high and weighing in at 80 tons or more, looking proudly out to sea from giant stone platforms.

It made no sense.  How could such monumental achievements be built on an island with such a small population, with virtually no natural resources available to them?

Various scientific research has shown that Easter Island was not always a barren grassland.  It was once covered in forest, with giant palm trees.  The first colonists, the Polynesians themselves, arrived in around 400 AD, no doubt aboard a magnificent long canoe.  They prospered on this island paradise.

The forest, and the giant palm trees especially, would have been useful for many things; shelter, building more long canoes for hunting porpoises, and so on.  Things that helped the population thrive.

As the population grew, they developed a secondary use for the wood.  They started to carve the giant stone heads we all know today, the gods that they’d worship.  They would use the trees to make rollers and ropes to help them manoeuvre the statues into place along the islands shores.

The statues and platforms became bigger and bigger over time.  It was likely, writes Diamond, that the creation of these ever-more impressive statues was a show of oneupmanship, which culminated in the ten ton red crowns they started putting on top as a final flourish. 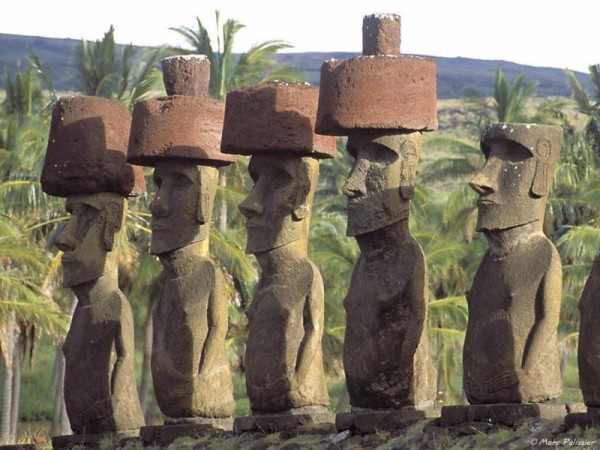 As the population grew, they needed more and more wood, for both practical and religious reasons.

And the wood began to run out.

It couldn’t grow as quickly as they wanted to use it.  The logical decision would have been to stop building giant stone heads, and save what wood was left for life’s essentials; shelters to live in, boats to fish from.

But they didn’t.  They kept on doing the things their immediate predecessors had done.

We know they kept on making and moving stone heads for as long as they could, because there are still another 700 statues in various states of completion in quarries or abandoned on ancient roads… 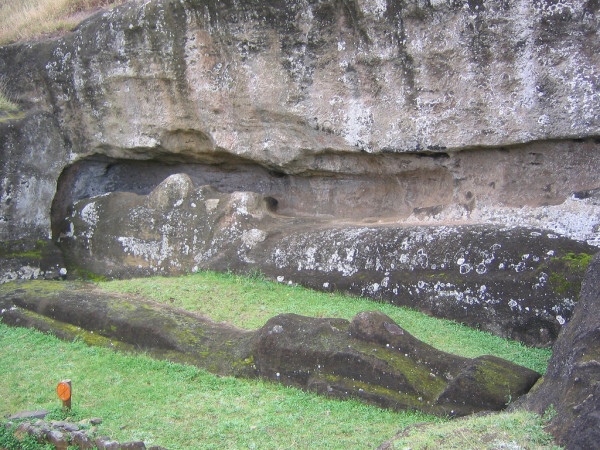 I think that the reason I like this story, this warning, is that it helps us think about choice, and balance.

It rings true because we know it’s what happens when groups of people get used to doing something; it becomes very hard to get them to do something else, even if it threatens their very survival.

They don’t, or can’t, or won’t see the end coming, and yet they carry on regardless.

Marketing today faces a choice, between the balance of two things it does well.

Firstly, marketing is about the creation of demand, or Making Things People Want.

Marketing is meant to get granular about every part of a business, from every atom in the substance of what is made, every face, word, comma, picture and feeling conveyed in the essence surrounding it.

And all of it, all of it, should be for the person who matters most, the customer.

Those things are either the same things that have existed for five, ten, twenty, fifty years… clinging to relevance in the modern age because people are too scared to change them.
“Sell this”, the new marketing director is told, “and don’t fuck it up, it’s been fine up till now”.

Or worst still, it’s the new thing, a once-great idea that’s edged it’s way through an impossibly complex labyrinth of a corporation to emerge as a charred husk of the idea it began as.  “Look what we’ve made” says the company to the marketing director, who’s never seen it before “now go and sell it, there’s a good chap”.

It’s not an either/or choice.  Few things ever actually are, despite what people want you to think.  It’s a balance, and it depends on many factors.

But here’s what I believe.

The perfect storm has arrived; economic, technological, social.  It has reframed the game for every single industry.   Every marketer has limited, pressured resources available, and a great deal of uncertainty around what they should do with it.

Making People Want Things is our equivalent of making and moving those giant stone heads, magnificent statues to worship.  When times are good and your world is stable, it is a fine use of resources.

Making Things People Want represents your canoe, your shelter and dwellings, the things you cannot live without.  The marketing fundamentals.  Real marketing.

Ask yourself, what’s more important, what’s going to work best for the business you’re working on?

I just wonder how many are able to see the choice, and do something about it to shift the balance?

This is Part I of an ongoing series of posts, Part II is called “Making is Marketing, Marketing is Making” and can be found here.