A little preamble about a ramble.

Last week, on holiday, we went for a walk up and around Ingleston Waterfalls in Yorkshire.  A tradition in Helen’s family, but we Willshires had never been.

It’s a splendid walk, if you’re ever up that way. 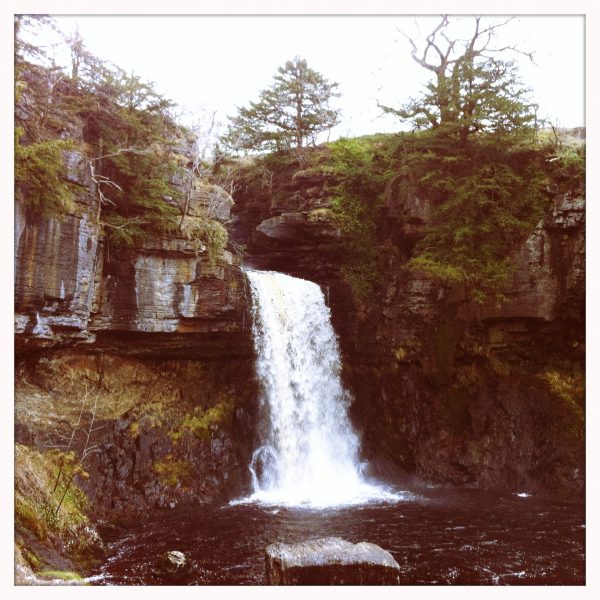 Anyway, on the way up, my dad and I stopped with James, and started to notice some old coins rammed firmly into a tree by the path. 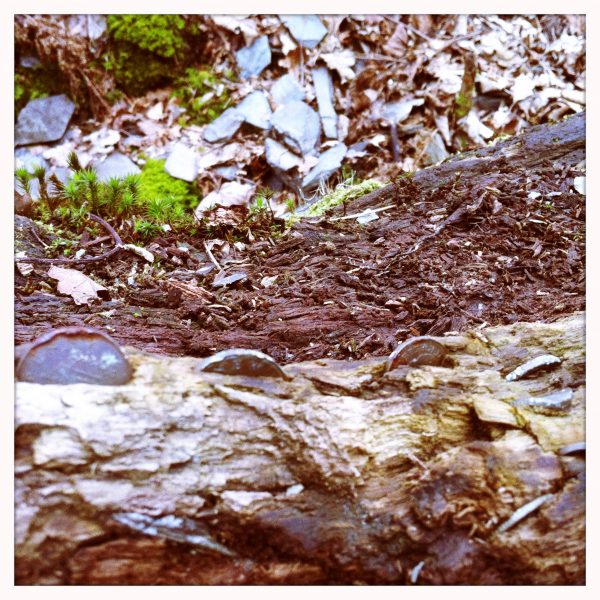 They were hard to spot at first, as they’d weathered to a greeny-blue copper that blended into the bark.  But once your eye was in, you started to realise just how many there were… 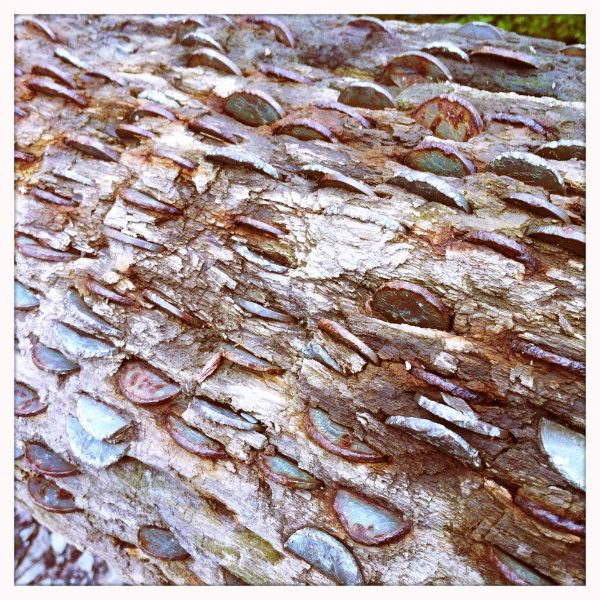 We didn’t know why people had done it, of course.  There wasn’t a sign helpfully explaining.  But we did what people usually do, and copied; it’s clearly something people do on this walk, so let’s do the same.

We’ll do what they’re doing, as Mr Earls might put it. 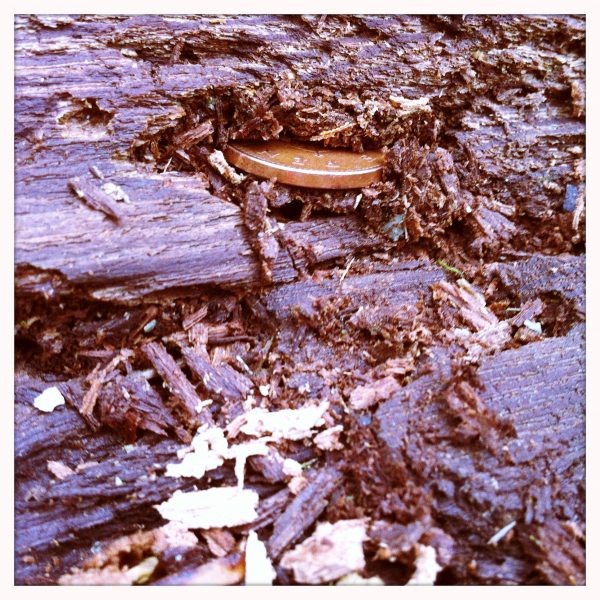 So on we walked, up round the top of the falls, and down the other bank.  About two hours later, as we approached the end of the walk, we came across this… 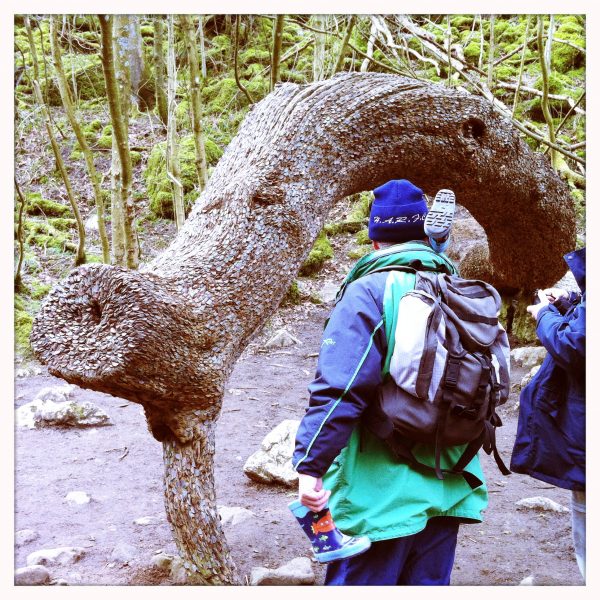 Every conceivable square inch marked by somebody’s pocket change that they left behind.

It really was quite something to encounter, to think how many people had been doing this over the years.  It was beautiful too, the coins enveloping the tree in an organic, alien way. 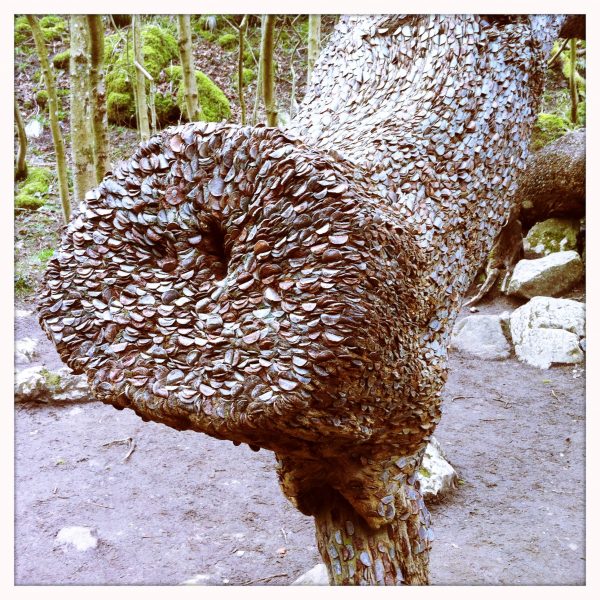 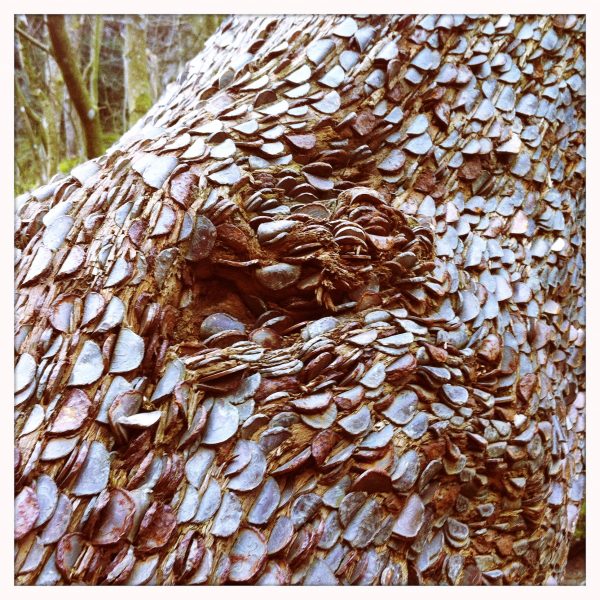 The good news was that this time there was a sign, telling us what was going on… not that it told us much beyond what we could have guessed, maybe: 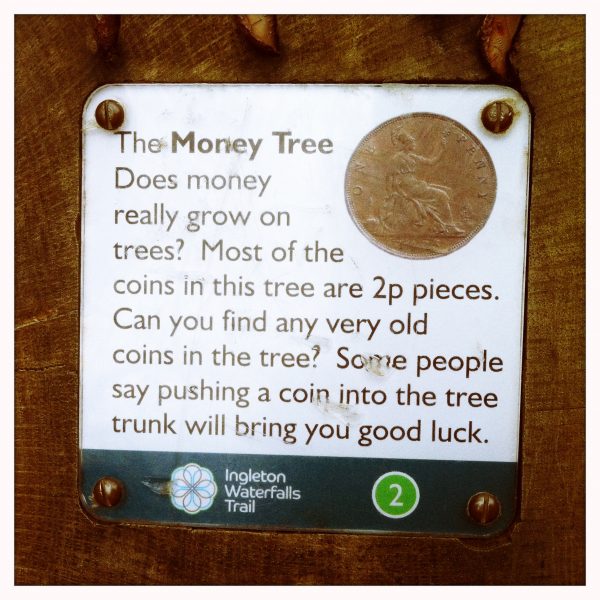 Why is this worth talking about here?

It’s interesting that we did it on the other bank, at the less ‘famous’ tree, just because it was clearly something people did.  We didn’t need the sign to tell us, or the promise of ‘luck’.  It was enough for us that others had done it before, and all it cost us was tuppence from our pockets to be part of something.

But there was something else, about using the small marker of a coin to denote presence.

It made me think of this quote from The Craftsman by Richard Sennett, an excellent book I was reading at the time… 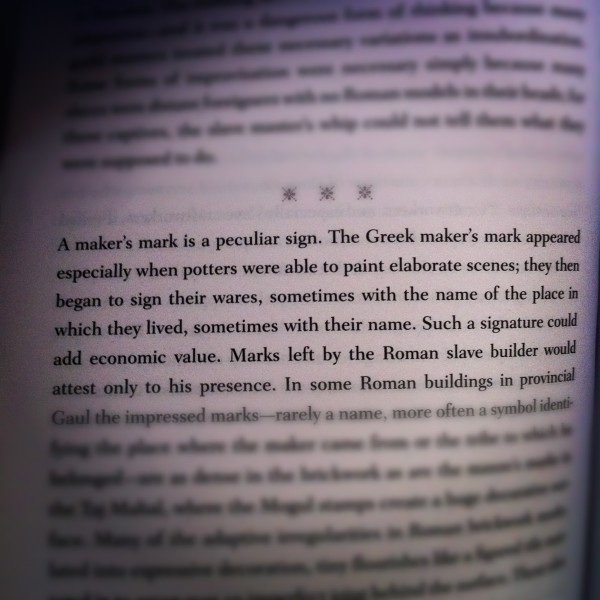 We weren’t trying to add ‘economic value’ to the tree by wedging money into it, we were simply proclaiming our presence.

We were here, we exist (and we might have aching feet by the end of the walk).

But it’s only a fleeting, momentary thing.

I believe if you could ask all the people who’ve pushed a coin into the tree over the years what they remember about it, I doubt most will remember even doing it.  In the moment, it’s of value as an experience, but in the past, it becomes worthless.

Both are committed in the moment, a connection to something bigger.  They’re easier to see when lots of people have done it before you, and you’re more likely to do it when you see it’s ‘what people around here do’.  And both can become forgotten in the months, days or even hours afterwards.

Whoever is running the group now starts to send you constant updates and messages.  And, indeed, it’s about to get a lot worse as an experience after the latest Facebook Marketing Conference announcements (see Phil’s post “Advertising is to Facebook as alcohol is to yeast” on that issue).

But is that what people asked for, when they simply left their mark?

I wonder if in a lot of cases the Facebook Like is the same as the tuppence – a momentary mark of presence, not the invitation to an ongoing dialogue.

We’ve always been very quick to try and put a value on the Facebook Like from a marketing point of view, but think about what the value being offered from the other party is.

If you think a Like to you is worth £2.50, but the value being offered by the ‘liker’ is tuppence, then there’s a whole valley of disappointment to fall into between these two values.

A lot of the time, it should be enough to get people to commit the pocket change of their attention to something you’ve done, surely?