Here’s an update on Artefact, one of the three projects I talked about at the beginning of the year.

The second wave of testing packs went out this week.  The woman in the local village post office was delighted to see me with (another) big bag of parcels.

This time though, testing will be a little more guided – I’ve written  a USER MANUAL. 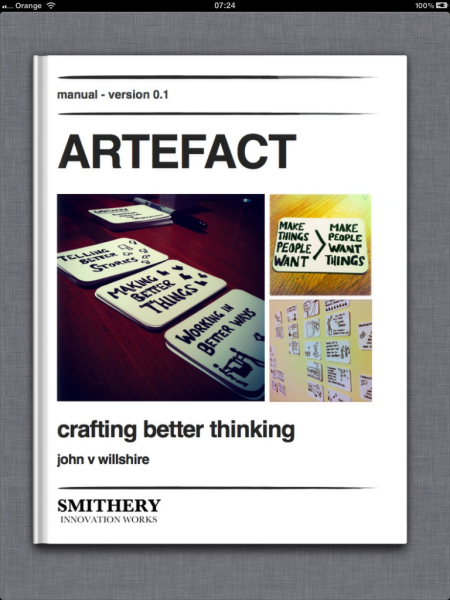 It was created in iBooks Author, so can be used as a PDF or on iPhone / iPad.  As an aside, I can thoroughly recommend it as a program – if you know how to use Keynote/Powerpoint etc, then you can create and share a book really easily with it.

The manual is a little mistaken-ridden thing at the moment, and the writing is nowhere near as tight as I’d like.  But as it was written in twelve hours though, that’s forgivable I think.

But I think the spirit of it is right, and as the pretotyping manifesto states, make sure you’re building the right it before you build it right.  I need to find out if having a manual will be useful before writing a brilliant one, rather than writing a brilliant manual nobody needs.

I’ve included the first section below, so you can get more of a flavour of it, and the Artefact project overall.

Finally, I think the Artefact product will launch properly in the next couple of months, and at first will be a strictly limited edition.

There, you can’t say I didn’t tell you.

For instance, I dislike sticky notes.  I hate the way they’re strewn across meeting rooms tables in brainstorms, the automatic default that facilitators leap too in order to capture ideas. 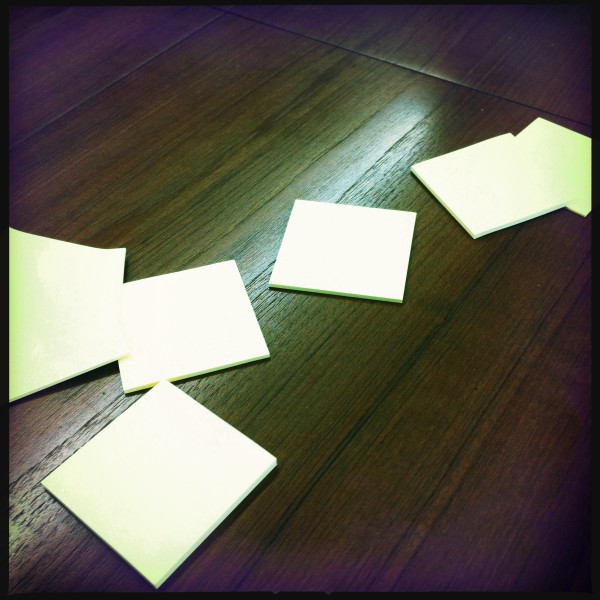 Good luck with that.

I hate their form too; Sticky notes are flimsy, disposable, weightless and wasted; they are treated with the indifference they deserve.  The ideas that are written on sticky notes are halfhearted scrawls, illegible afterthoughts.

Why would you commit a good idea to something so bad?

The worst thing about sticky notes is that they are sticky.  They long to remain in place, clinging weakly to a given space in between other ideas.

Which is problematic for us.  Because our brains are quite happy to spot patterns everywhere, in anything, all day long.

So rather than move things around, we’re quite happy to rationalise a reason for it being there.

Which brings us to another form of stickiness; digital stickiness.

When you use Word, or Pages, or PowerPoint, or Keynote, no doubt you’ll start off with a few opening slides or paragraphs, and get a rough order in your head.

Yet when you try and present it the first or second time, or give the document to someone to read, it’s never right.  There’s always chopping, switching, changing, moving to be done.

Once again, we’re always happier to post-rationalise an order, rather than move things around.  The problem with the digital tools we use is that they’re predisposed to stickiness.

You’ll can’t walk around the idea you’re trying to get across.  See the shape of it, pick parts up and quickly make new connections, look behind it, casually shuffle it around.

It’s too sticky.  And it’s stuck on a tiny screen in front of you.

Artefact inhabits the space between sticky note and screen.

It is designed to be a medium that has a built-in fluidity and grace, a better way to craft, order and reorder your thinking.

It started out as looking for a different way to run a workshop.

One in which thinking, reflecting and crafting ideas were valued more than mindless, reckless scribbling of afterthoughts.

But it quickly became a way to organise ideas myself; a set of artefacts I carried round to shuffle, ponder and refine.

Then it became an intimate, tactile way to tell stories, to take others on a journey through some thinking. 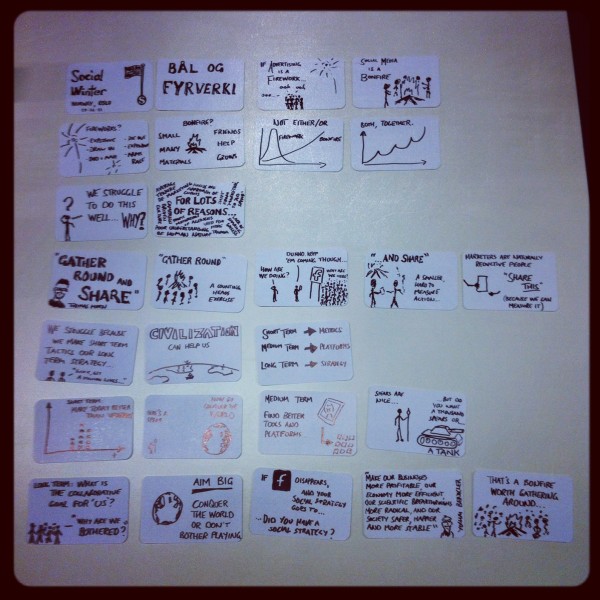 What’s the big idea?  Perhaps fittingly, Artefact isn’t a big idea at all.

It’s lots of small ideas loosely held together to be revised and remixed as you please.