The Shins are one of my favourite bands.  But they haven’t released anything in five years.  James Mercer went off and did the whole Broken Bells thing with Dangermouse.  Which was great.  But wasn’t The Shins.

Isn’t it nice when bands come back after ages?

Here’s the first song I’ve heard from it…

Anyway, they’ve clearly been paying a no attention to the New Aesthetic, because there has never been such a skeuomorph-laden experience.  Ever.  I know some folk who will hate it relentlessly for that very reason.

For instance, this is the site to launch that first single off the album (not that it is a single, because who releases singles now… it’s just a song that escaped). 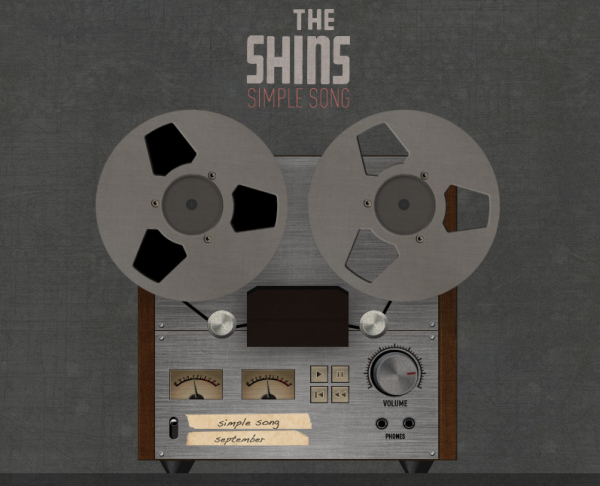 Yes, you have to click that wee play button.  Yes, the other buttons work.

And yes… the rewind play plays the song backwards.

And then… there’s this video for a B-side…

The Shins: “September” (b-side of “Simple Song” 7”) from Record Store Day on Vimeo.

Anyway, I’m glad they’re back.  The songs are excellent.

But the theme is just a bit achingly pleased with itself.

Oh, they’re from Portland, you say…?