I had a terrific time at an event organised by Tom O’Leary at Portcullis House today, as part of #SVC2UK (Silicon Valley comes to the UK).

It was a great panel discussion around how entrepreneurship affects the economy, featuring Joi Ito, Reid Hoffman, Peter Tufano, Megan Smith and chaired by Sherry Coutu. 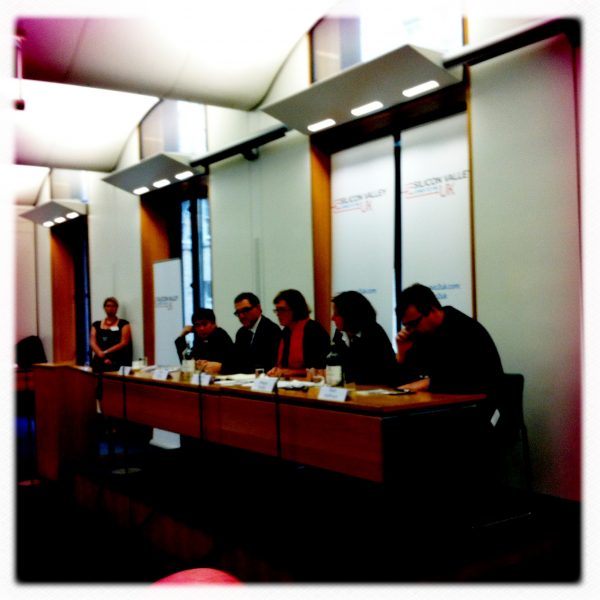 There’s probably a much longer, in-depth post brewing around many interesting aspects of the day…

…but assuming it takes me a while to get round to that, as it seems to nowadays, some initial gut reactions…

i) did Peter’s analysis, like any solid economist’s evaluation of what works, is too retrospective; can we reliably enough predict the economic future nowadays by looking at what’s gone before?  Framing a new world and new technology in static economic thinking (everything important must be high scale, high growth and high impact) doesn’t suggest a long term economic plan, rather a short term reward-generating one.

ii) there’s probably some fascinating reading in the the regional economic indicators that Joi was talking about; they examined different countries and regions for the sorts of products they created from the resources they had, and could predict which sorts of innovations and complex products those territories would create from that, and use it as a better indicator of performance than GDP

I think it might be this here, which states:

Clusters are geographic concentrations of interconnected companies, specialized suppliers, service providers, and associated institutions in a particular field that are present in a nation or region. Clusters arise because they increase the productivity with which companies can compete. The development and upgrading of clusters is an important agenda for governments, companies, and other institutions. Cluster development initiatives are an important new direction in economic policy, building on earlier efforts in macroeconomic stabilization, privatization, market opening, and reducing the costs of doing business.

I’ll chase that lead down, it has lots to do with the things we talked about at Laptops & Looms, and this devastating and brilliant analysis of the de-industrialisation of the UK in The Guardian

iii) Reid Hoffman did two things which provoked two opposite reactions in me.

Firstly, his analogy about entrepreneurship is spot on, really evocative… it’s like throwing yourself off a cliff, and assembling an aircraft on the way down.

And financing & investment can provide thermal drafts to ease the drop, but pretty soon you’re going to have to learn to fly under your own power.

Then he ruined it for me by using Groupon as an example.

Maybe, because, you know, his firm are big Groupon backers.  It pays to say nice things about firms you’ve invested in, so more schmucks want to invest in them too, right?

I remain highly, highly sceptical about the long term prospects for Groupon.

The Hercules, or ‘Spruce Goose’, was originally conceived to ship US troops to Europe in 1942.   It needed to be huge, so they designed a plane to carry 750 troops at once, or one tank.  It didn’t quite turn out that way.

Five years later, and the equivalent of billions of dollars of investment, Hughes was hauled before the Senate to answer questions about the usage of government funds in building the aircraft, and the only flight it ever managed was this:

It was then retired to a museum.

Everyone involved wanted the Hughes Hercules to fly, just as all the people around Groupon want it to fly.  Doesn’t mean it’s going to happen.  The jury’s still out.

Anyway, it got us talking afterwards over lunch about why people in Silicon Valley have become so good at talking up each other’s stuff.  And inevitably, perhaps, that led us on to bankers, markets, Europe and so on.

It occurred that the way that people play the markets want them to behave is rather like the energy in a kinetic watch:

If you’re not familiar with it, a kinetic watch is powered by the energy you generate as you move around; walk, run, eat lunch, whatever.  It doesn’t matter which way you move it, just as long as you do so frequently.

So it is with the markets… it doesn’t matter know which way an individual company’s share price, a portfolio of assets of a sovereign debt moves, as long as it moves, because people can make money off the movement. 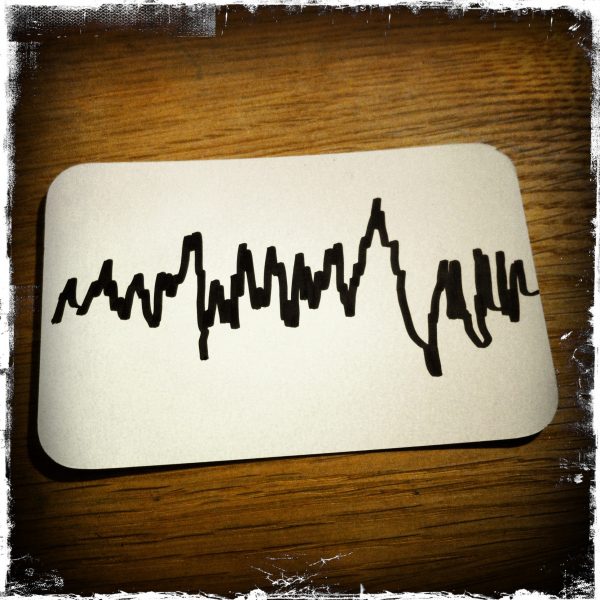 And with 24 hour media coverage of everything, suddenly there’s a lot more of an opportunity to make things move more often, and make the same amount in a day as you used to in a day.

Whatever the time is in economic terms, perhaps we’re all going by the banker’s watch…

The whole video of the session is now up, it’s well worth a watch (if you’ll pardon the pun)…