Brief recap; every Wednesday afternoon, a group of us are mucking about with Arduino, just to stretch understanding of that space, fuel our imaginations with some different approaches, and have fun doing it.  And drink tea, and eat biscuits.

My current project; make a device that allows me to set a level, hit a button, and send a signal to a feed which I can then turn into…

I’d better get it working first.

Lots to do this week; get the bar graph LED and switch working on the same board, in the same block of code, and get it to send information to the mac based on what the settings were.

But first things first… superfluos aesthetic tinkering.  Turning the dial up and down wasn’t fulfilling enough, it needed a touch more something.  Like a Gibson Les Paul guitar knob, maybe:

From a practical perspective, it’s got the 1-10 scale, and from the emotional feeling of turning it, it simply reminds me of playing guitar (which I don’t do nearly enough, nowadays).

After a good few hours, I had something cracked… all of the above working on the same board, and the switch affecting the flow of data from the analogue knob and, most gratifyingly, the system sending that information back to the mac.

You can see the output on the graph on the screen here: 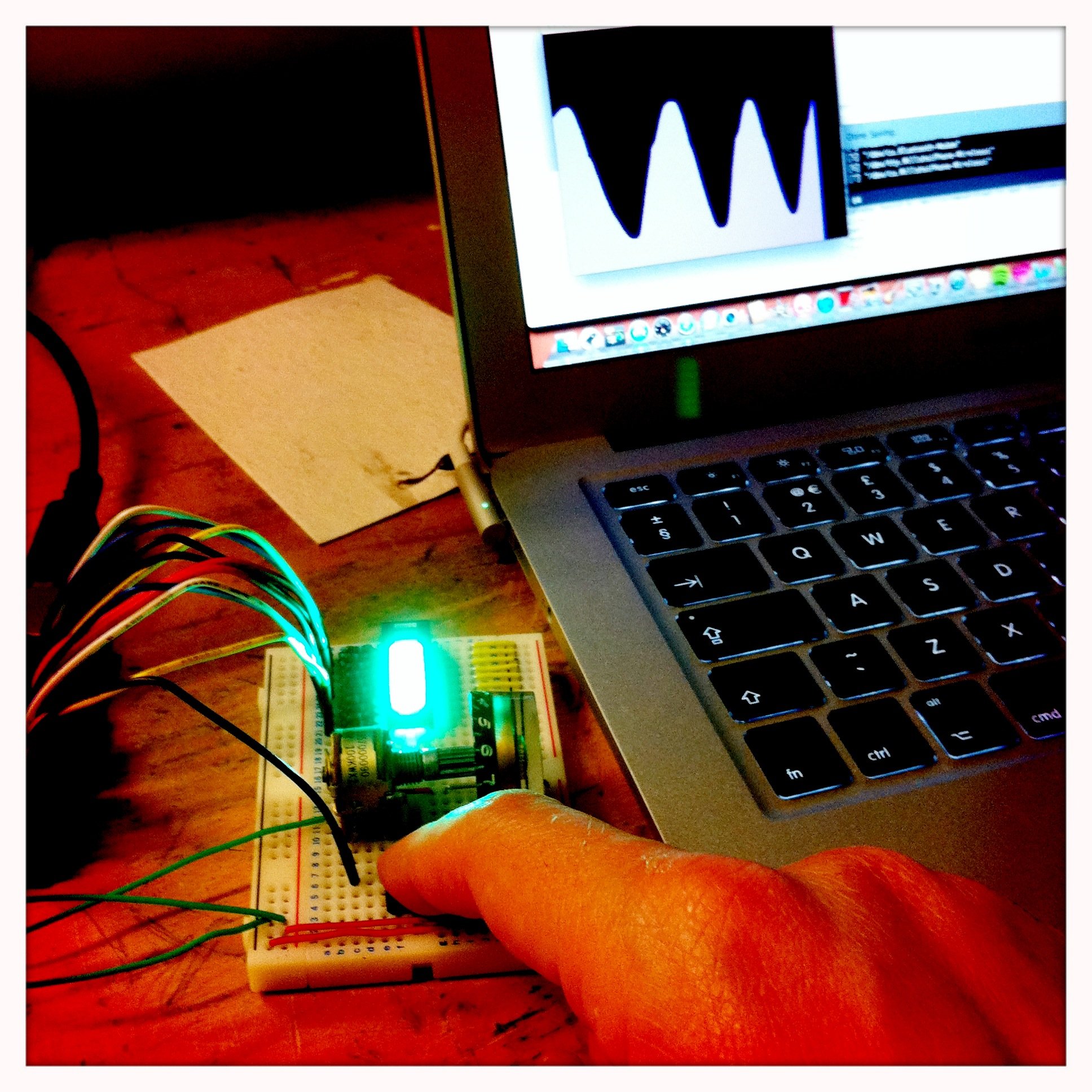 But, crucially, it isn’t doing what I exactly want it to… the data flow from the analogue knob is constant and the switch interrupts that flow.  I want the switch to send, once, whatever the setting level is.

Which means the physical build is right, but the coding is wrong.

My ‘lego coding approach’ (find the block of stuff you need from elsewhere, patch it in) isn’t refined enough for this.  I spend a couple of hours tweaking things line-by-line, but to no avail.

So before next week, I might look at trying to run Minibloq on the mac (it’s Windows only, but there are ways around that); it’s a program that builds the code for you, if you just assemble the board visually on the screen, and tell it what you want it to do. It’s in beta at the moment, so probably worth a play.

Let’s see where that gets me.