Next week, I’m delighted to be doing some panel-wrangling at the annual Google Think Marketing event.

The title of the day is “Become a Digital Storyteller”, and before the illustrious panel members talk about how their different types of agencies are getting to grips with that, I’ve got to set the scene a little.  Here’s where I’m at

After a great chat with Shuvo at Google earlier, I’ve been mulling through what it is about storytelling that’s changed, from an agency perspective.  As my thinking usually improves (however minutely) by writing things out on here, so let’s see if it can help again…

I wonder if the answer lies in every company’s story quarry: 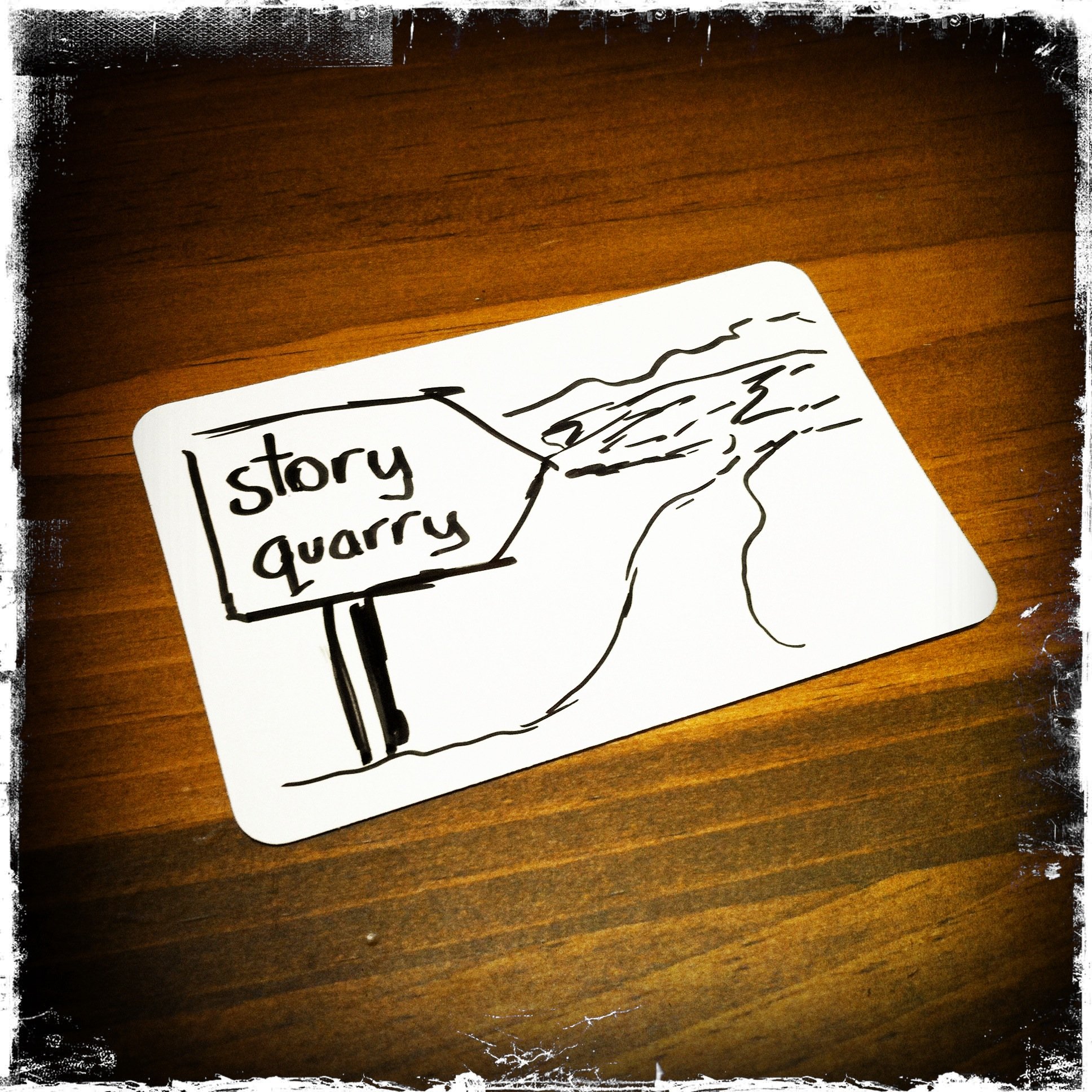 A story quarry is where companies have sent their agencies over the years to dig out interesting things about said company to turn into a story to use in marketing.

And by and large, for all sorts of reasons (mass media model, domination of television, etc etc), the agencies would go and find the biggest, chunkiest big of marble they could. 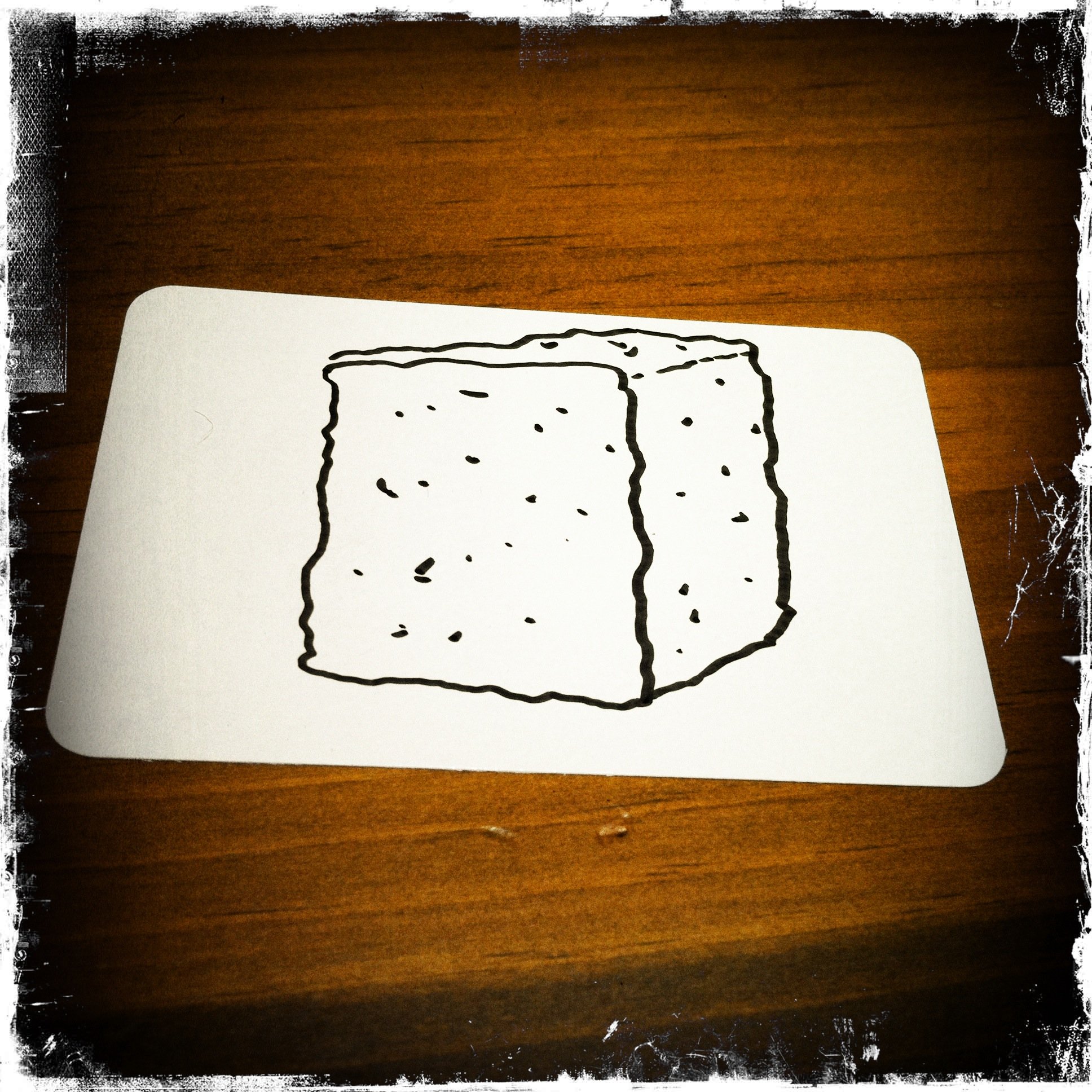 They dismissed and ignored anything in a story quarry that wasn’t large enough and solid enough for them to work with.

Why?  Because they were after something with which to make big, impressive, inspiring works of art.  They wanted to sculpt statues that people would gaze upon in wonder, and feel things inside they themselves did not understand… 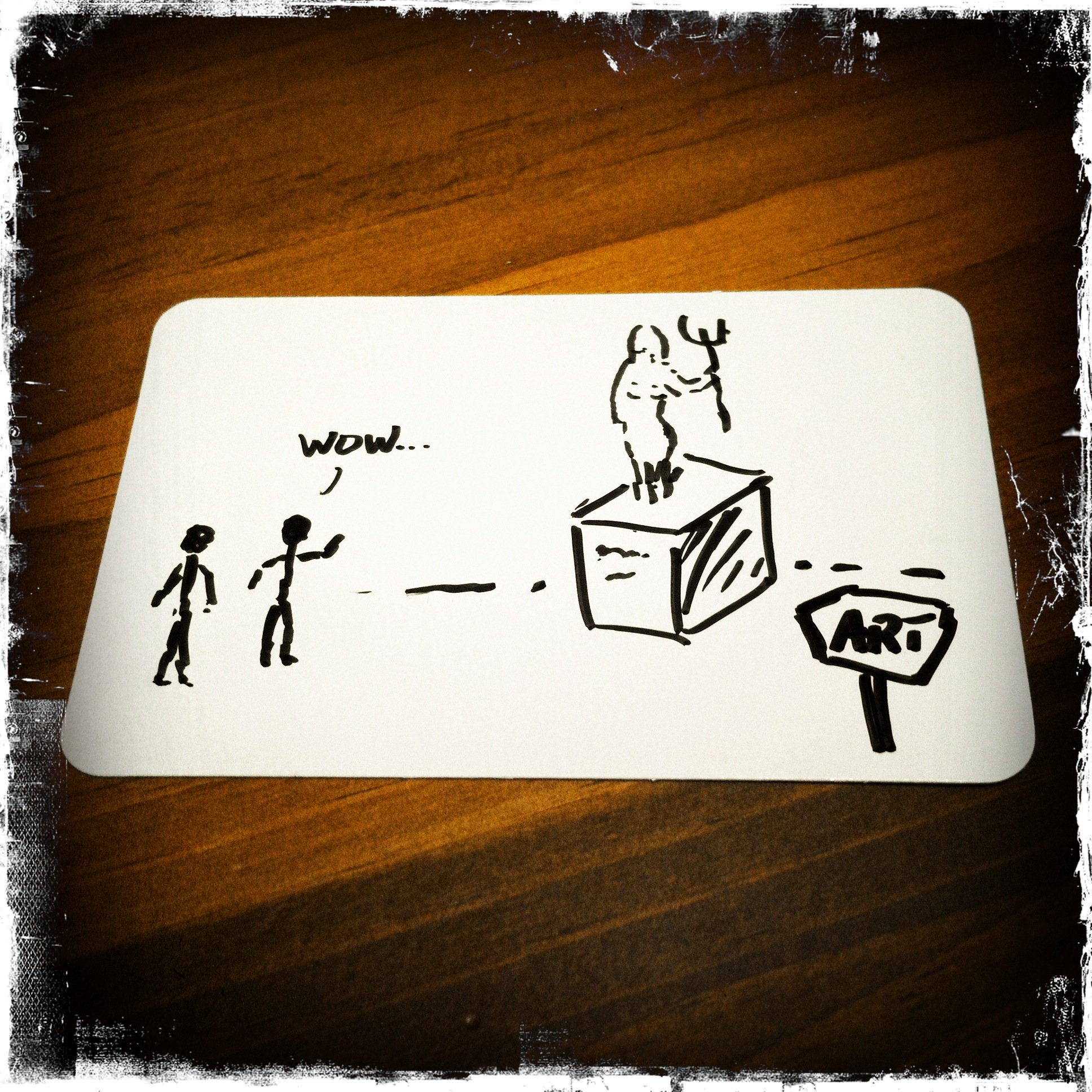 But you can only make that big, impressive stuff with big, impressive chunks of marble from a story quarry.  All the rest of the stuff (the insights that didn’t apply to everyone, the innovations that would only apply to a few, the stuff that was interesting only to particular niches) was ignored by big, traditional storytellers.

But the thing about a story quarry is that it’s made up of interesting layers, formed as a company grows over the years.

The strata (as such layers are called in geology, according to my friend and yours Wikipedia) are comprised of all the things a company and its people have gotten up to over the years. 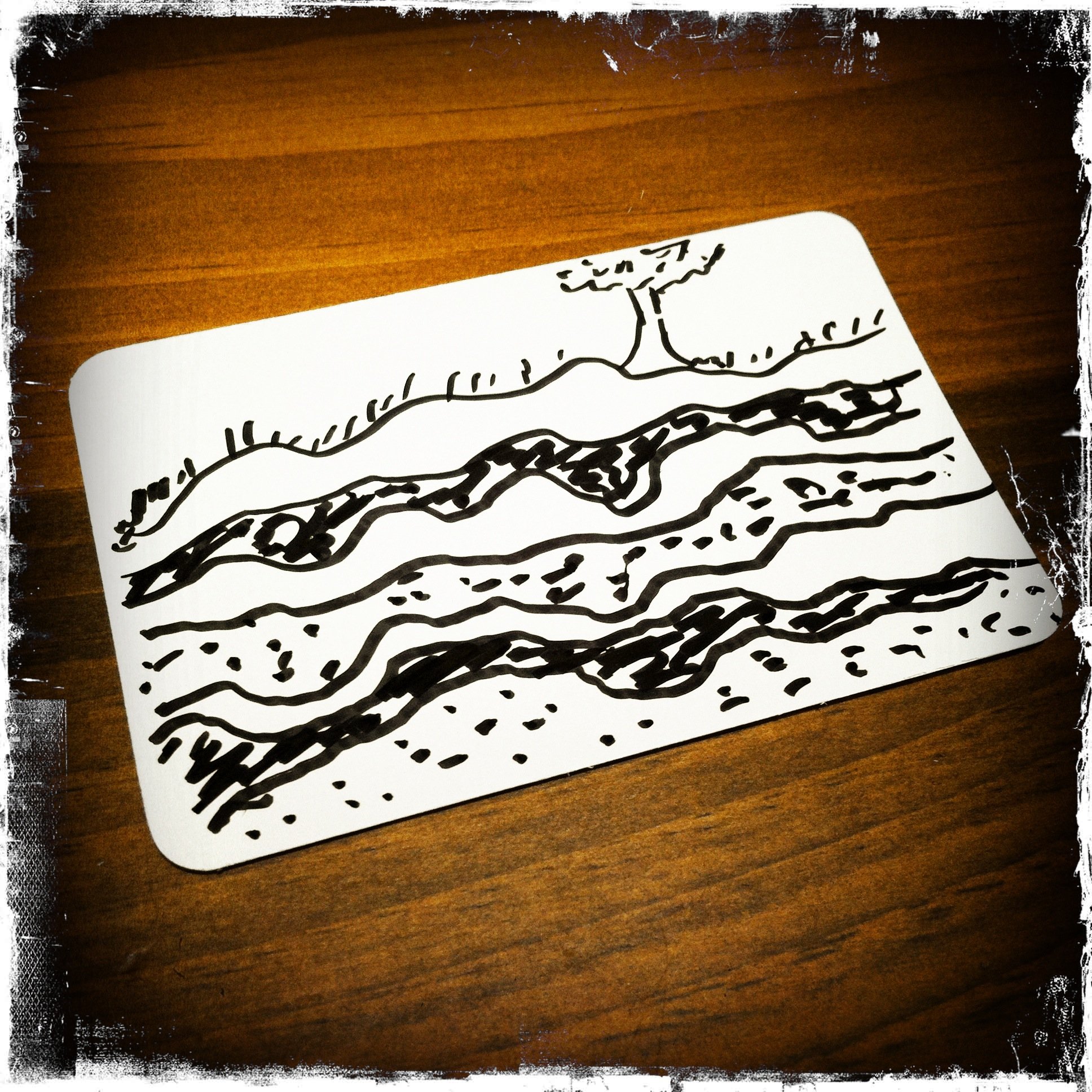 I wonder if the art of digital storytelling means good storytellers are much more willing to dig around in this stuff, because they know that they can find interesting bits and bobs that they can use at a scale that makes economic sense to do so.

Maybe we’re back to the trouble with BIG again, I guess.  The thing the agency world is still fixated on.

But you know, big isn’t all that.  If you haven’t done so (and that begs the question WHY), go and read Gareth Kay’s stuff on thinking small.

And story quarries are full of interesting, small things that great digital storytellers go and dig around for, pull out, and use.  It might be as practical as a bag of sand for weighing something down, or as beautiful as a diamond for showing someone how much you love them. 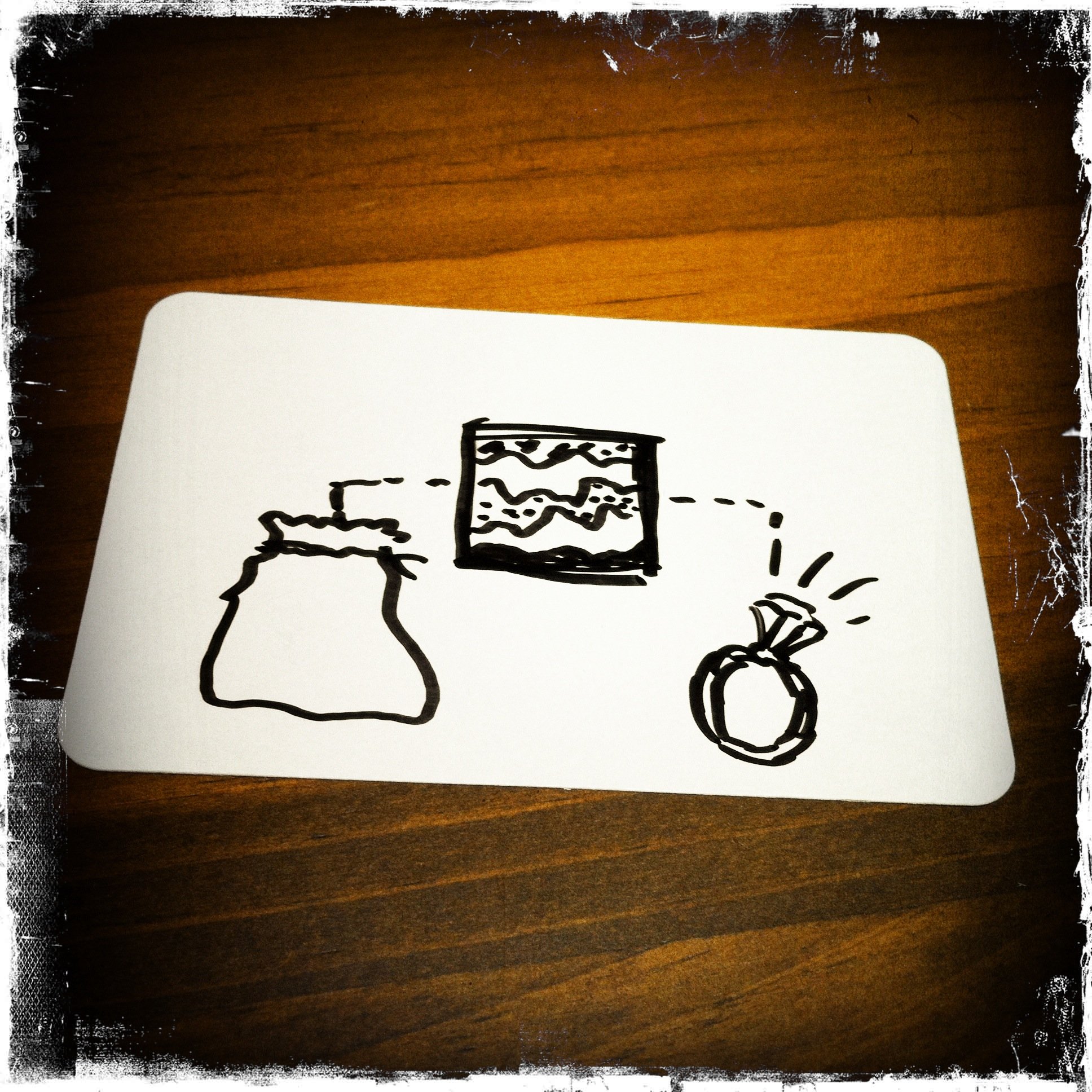 Maybe this is right, I’m not sure myself yet, but it certainly feels like a nice, daft way to open a panel debate.  It’s perhaps just another way of saying that the biggest problem that some agencies have is they don’t want to get their hands dirty digging around in a story quarry…

a note on the cards:

I’ve been using these blank playing cards a lot recently, for workshops, organising thinking, telling stories, prototyping and so on.

Indeed, the cards themselves are a prototype, very clean, white, in a lovely box from Moo. 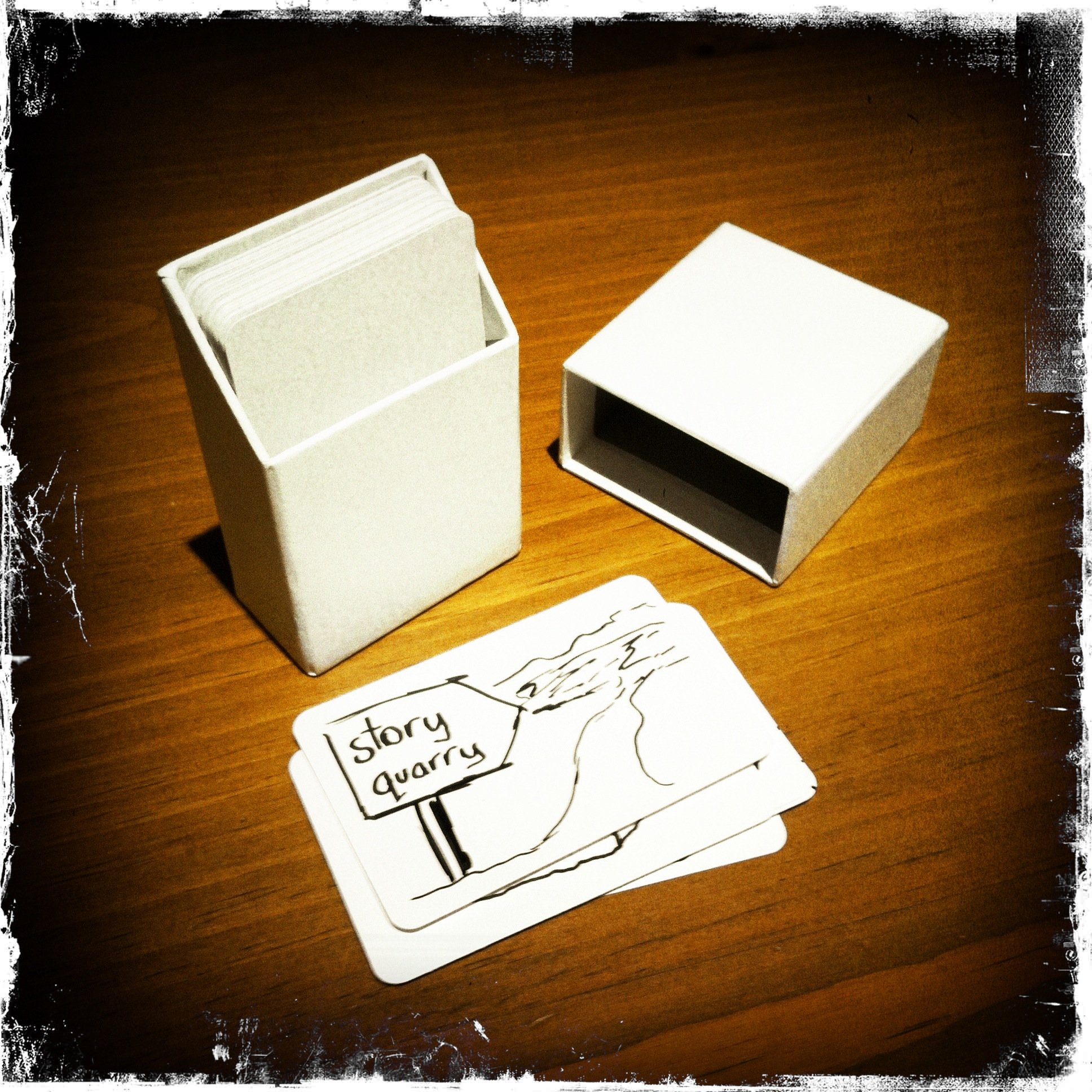 If I find it’s really useful over a meaningful period of time, I’m planning to make some proper sets and sell them as a Smithery product, along with some ideas on how to use them.

If you want to be kept in the loop on that, sign up here.

The idea came from the excellent new Dave Gray book “Gamestorming” in which he talks about artefacts:

“In knowledge work, an artefact is any tangible, portable object that holds information.  An artefact can be anything from a piece of paper to a sticky note to an index card.  Artefacts make it easier to keep track of information by making it part of the environment”

I’ve found that by using blank playing cards and fine-tip sharpies, in creating artefacts you somehow feel duty-bound to give it more thought before committing an idea, and you’re more likely to write or draw with more intent and care.  They’ve also got more of a permanence about them, so you move and shuffle them around more deliberately.

It’s fine, you can spell it either way, and don’t let anyone tell you otherwise