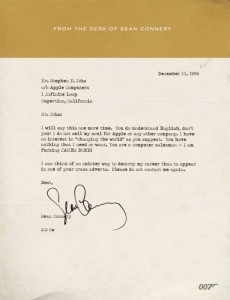 OK, so it turns out this isn’t real… it’s a fake letter, which was originally part of this entire spoof page:

I only saw this element though, and put it up here because it amused me, and thought it would amuse others.

That happened on a slightly bigger scale than I imagined…

However, it’s really interesting in a couple of respects.

Firstly, it’s another example of how that the internet allows anyone to take a whole, finished thing, and strip away an element they want to centre on.  In the context of the whole spoof, the letter is preposterous.  On its own, in the land of twitter, it’s plausible… or at least just plausible enough.

Funnily enough, at the science fiction display Out Of This World at the British Library that we went to last week, one of the talking heads stated that the interesting thing about science fiction is that you could make ONE completely off-the-scale leap of imagination, but then had to work as hard as you could to make the rest plausible.

Which is what this letter is symptomatic of, I guess…  the outlandish thing is maybe Sean writing to Steve, or perhaps Steve asking in the first place.

The rest is a beautifully done “what would a letter from Sean Connery be like..?”.  Would he still use a typewriter, how would he swear, is he still lost in the image of the Bond days..?  It’s all plausible enough to the collective image of him to make people think ‘this could be true…’

Which brings us to the other thing… it’s just believable enough, stripped of the context, for it to spread around twitter like wildfire. Marie sent me the delightful news that my twittername was trending across the UK… 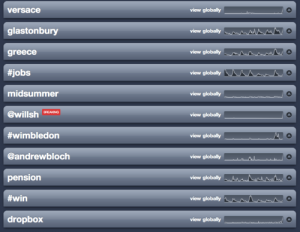 So yes, it’s a fake, though it’s a very funny one.  And it’s part of this, which throws the letter into sharp context…