There’s a joke that may be based on a true story, or may not.  But it goes like this… 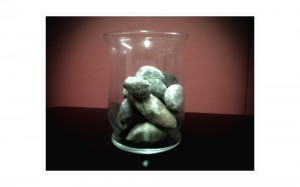 There was a philosophy professor once who would stand in front of his class with a large bell jar and a box of rocks.  He’d carefully place all the rocks in the jar, right to the top, and ask the class how full it was.  Completely full, they’d agree.  Then he’d produce a box of pebbles, and pour it in on top, so the pebbles filled the spaces between the rocks.  How full is it now, he’d ask.  Well, full now, replied the class.  The he’d repeat the trick with sand, so it filled up all the space in between.The professor said “The moral is this: in life, the rocks are the important things; your partner, kids, health.  The pebbles are your holidays, your job, the hobbies you love.  And everything else is just sand, it’s inconsequential.  But if you fill your life up with sand first, there’s no room for the important things.Then one student stands up, and produces a can of lager from his bag opens it, and proceeds to pour it in on top of the rocks, pebbles and sand.“Look professor” says the student, “no matter how full you think your life is, there’s always room for a beer or two…
It’s not that funny, I know.
But I like taking the principle about the rocks, and thinking about the way companies are constructed (from personal experience, it applies to agencies, but I think it’s probably true of most type of businesses).
The larger an organisation gets, the more the way people work together is bound by structure and rigidity; job roles are defined very precisely, very carefully, so that nothing gets forgotten, nobody drops a ball on something.
And pretty soon, the company is full… there’s no more capital available to recruit more people.
But the jar is full of rocks… 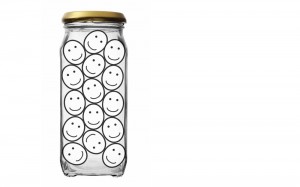 Everyone does what they’re meant to be doing, sure.  But the roles have been so well defined and described that they know exactly what they should be doing… so anything that falls outwith that, well, it’s ‘not my job’.
Seth Godin talked about this years ago…
Basically,  why things got through organisations that were very clearly broken… it was nobody’s job to fix them.
So when people look at their own organisations and wonder “why don’t we do this, or that…?”  it’s because it’s nobody’s job to do that stuff…. 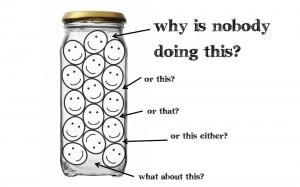 Here’s the kicker though… you shouldn’t then try and define it as somebody’s job.
Because in doing so, all you’ll do is create another rock, or make an existing rock a slightly different shape.
In times that change as fast as these, i don’t think any company can survive by proscribing every role of every person to the nth degree.
A company needs more people who act ‘as water’… fluid people who will naturally fill the gaps between rocks, who will rush in to any vacant space with the enthusiasm and ferocity of the filling the gaps on a rocky shore…
Of course, that’s hard for companies to countenance sometimes.  How can you justify someone who doesn’t have a rock-shaped job description…?
Well, remember it’s not always up to them.  If you think you could or should be more like water… then be more like water.  Just get on with it.  Ask to redefine your role.  Stop doing the bits that are futile or wrong, and tell other people why you’ve stopped, and what you’re going to do instead… make the first move, don’t wait around forever assuming someone will ask you to.
Don’t be another rock.  Be water. 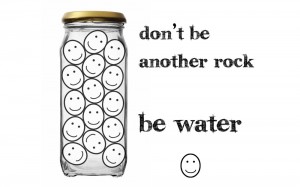 (I used this for the opening of my Gulltaggen talk last week, and realised that without any VO on the slides, it may make even less sense than my usual stuff…)