I was in a fascinating workshop on games today with Mark, the Hide & Seek guys, Tassos (who it was lovely to meet for the first time), Johnnie (likewise) and the Brainjuicer peeps (indeed, again).

And as happens occasionally, there was a brief lingual slip by Alex when he said “game ecology’ rather than “game economy”…

…but it prompted a really interesting thought:

What’s the difference between a game economy and a game ecology?

(CAVEAT: of course, before anyone gets all extra-clever on me, I know I’m not the guy to be writing this… I’m only just versed enough in games to be dangerous… but it’s interesting, worth capturing, sharing, and seeing if smarter, gamesier brains than mine can take it up and run with it)

Here’s my starter for ten.

Let’s say a game economy is where the actions and rewards within the game have been sufficiently worked through so that the points and prizes you collect feel fair for the effort put in.

It balances out to keep you interested and keep you playing. 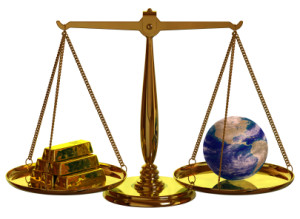 So, with that in mind, perhaps a game ecology is a lot more organic and complex in the way it changes…

…everything is interconnected, but not in clear, expected ways, so that an action has a lot of different, harder to determine consequences, because it causes a shift in the ecosystem. 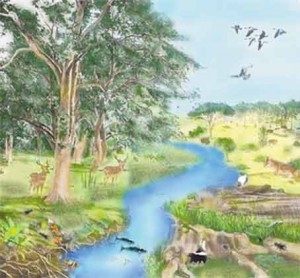 So whereas both an economy and an ecology change because of the actors in a market, an ecology also changes because of small things which make bigger things happen… the butterfly effect, I suppose that is.  Which if they’re big enough, and disastrous enough, get termed ‘acts of god’.

Anyway, I’m going to think more about this.  And would appreciate some help.  I feel it’s important, and interesting, though exactly why yet I’m not sure.

The one thing that’s already apparent is that if you think proper game economies are hard to get right, imagine how tricky a game ecology might be…