Anyhoo, I was in The Observer, chipping in my tuppence-worth about sports people and twitter, after all the Pietersen/Mascarenhas/Rice twitter hiccups of late.  The article’s here if you’re interested (and you aren’t an Observer reader). 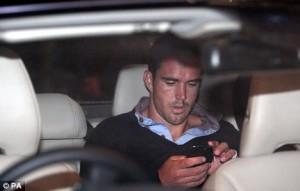 Of course, as is always the case whenever you say something, you walk away and think of millions of much smarter, wittier, more insightful things.

It occured today that, in general, sports stars (and other celebs, of course) have been chasing ‘brand’ status for a while… to have the perfect, replicable, sellable image that will reap millions from sponsorship deal after sponsorship deal.

Twitter (if in the hands of the star themselves, unfiltered and unfettered by advisors, managers or PRs) doesn’t help with that.

By putting someone so indefatigably human at the heart of a direct communication to millions, it should be no surprise that they act… well, human.  They say the sorts of things that ordinary people say to each other.  It doesn’t get ground through the machine into the worthless, sanatised quotes we expect from today’s sports stars.

The main benefit of this (and I think this is kinda of universally agreed) is that it helps bring sporting stars and sporting fans ‘closer together’.

Which is, at the other end of the spectrum, what ‘brands’ want to do.  Which is why companies and brand teams up and down the land are trying to break apart this ‘perfect brand image’ and become more real, more connected, more… human.

I reckon that, over the next five years, a lot more companies will end up somewhere in between the sports stars and the brands; unique, talented individuals who’re part of that company will be the brand representatives, but with the acceptance that it’s warts ‘n all.

It’s not just what is being said that’s important, it’s who is saying it.