Well, our superclever research team here at PHD (Clare, Chris & Carrie) have been working on a project to gauge the impact that this generation of devices (i-pad-tablet-slate things). 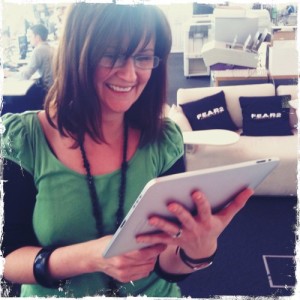 Following on from this, I thought we’d add the view from the research couch.

We recently did some work with people – not early adopters, not geeks, just ordinary people who like gadgets that make like easier, or more enjoyable – about how they use mobile devices (netbooks, smartphones etc) in our qualitative facility, The Living Room.

The ulterior motive was to get them thinking about mobile media use and then get them to consider how they might feel about and potentially use iPads in the future.

The results were fascinating.  We found massive enthusiasm appetite for mobile TV.  While few had watched much TV on their iPhones to date, when asked to try it out for a couple of weeks they came back full of enthusiasm and thought the iPad’s combination of screen size and simplicity of use would offer an even better way to watch mobile TV and video content.  <o:p></o:p>

The possibilities for combining viewing with interactions through social networks also appealed to some, with the chance to watch and discuss things together while apart, or pass on recommendations all from the same device you’re watching on.

They also thought it could easily be an option to replace second and third household TV sets, and could even replace some main set viewing – especially where people have limited multichannel access, which suggests potential for a “pay as you go” option for mobile tv. 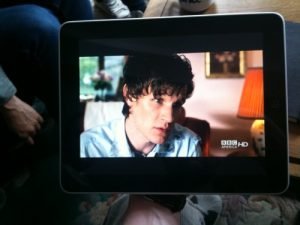 Basically, they saw an opportunity for telly, only more so.  And better.  And easier to share.  Whats not to like?

Mind you, the success of TV on iPad will rely on Apple and other service providers marketing their mobile TV apps clearly and effectively as awareness of existing services for smart phones and computers was still pretty low (we had to show our groups some of the possibilities to get their views).