This is a fascinating experiment in augmenting storytelling by the BBC… it’s something their R&D department have been working called ‘The Mythology Engine’.  (via Emily Bell)

Theo Jones does a walk through in this video…

So, skipping over the fact that it’s Doctor Who (and therefore very, very exciting anyway), I think this represents a huge step on in terms of how complex narratives can be split out.

Going back to the Jimmy Wales talk on Wikia (at the Guardian Changing Media Summit), the tools that those communities use to build their databases aren’t a massive leap on, technology wise, from the first Wikipedia. 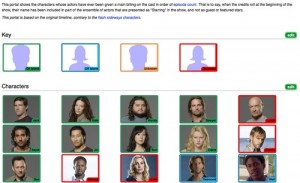 The Mythology Engine, on the other hand, looks like a Wikia site with a V6 engine in it.

If there was a way to make the tools that created it open-source, the communities who created things like Lostpedia, Wookiepedia or the Harry Potter wiki would be all over it I’m sure, creating the perfect framework for exploring the narratives of each of those stories.

At the very least, I’m sure the Doctor Who fans would very quickly and efficiently complete the BBC one.

But would they ever make it open source, like Wikia would be?  In these interesting times for the BBC, they’re being forced to watch carefully the areas in which they go into, as private companies complain that it ‘threatens competition’ in these areas.

Yet something like Wikipedia, famously, doesn’t make money; they raised funding to keep going from users last year.

So if it’s an area where people can’t find a way to make money, should the BBC fill the void with it’s own open source experiments?  And how does that work just with the UK..?

Tricky questions, but yet more evidence that the established practices of yesterday aren’t that relevant in the modern age.