Have a watch of this: It’s called ‘The Last Advertising Agency’… (thanks to Jamie for the heads up)

A point well made, I think.

And yet there will still be large parts of the industry that rail against things like this.

They don’t understand why people in the industry would wilfully go around denouncing the existing models, as it will just hasten their demise.

Why would you destroy the world in which you work?

To them, it makes as little sense as the Joker did to Batman in The Dark Knight… 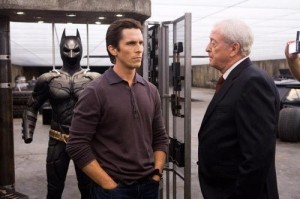 “Some men aren’t looking for anything logical, like money. They can’t be bought, bullied, reasoned or negotiated with. Some men just want to watch the world burn” 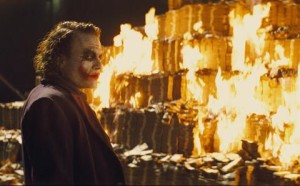 Here’s the thing though… it’s not a destructive force.  It’s quite the opposite.

Every time someone questions ‘the old way of doing things’ (like the ‘power of TV ads’, or the notion of brand awareness, the established rules of campaigns or the objectives set in a brief), they’re not doing it for kicks.

It’s only by burning away the old, redundant thinking that we can find something new, refreshed and powerful. 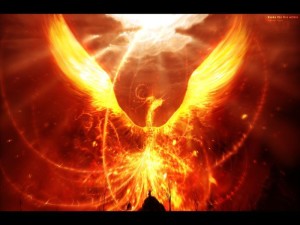 “A phoenix is a mythical bird that is a fire spirit with a colourful plumage and a tail of gold and scarlet (or purple, blue, and green according to some legends).  It has a 500 to 1,000 year life-cycle, near the end of which it builds itself a nest of twigs that then ignites; both nest and bird burn fiercely and are reduced to ashes, from which a new, young phoenix or phoenix egg arises, reborn anew to live again”

Nobody knows what’s going to rise after the fire.

But if you want to be a part of it, you should be fanning the flames.