OK, after part I, here’s part II of ‘what I walked away with after the Guardian Changing Media Summit’…

Part II – It’s all in the game

Now, I’ve talked about different sorts of games quite a lot here on FtP before (for instance, here, there, and there too).

Mainly around the elements of gaming that can be brought into other parts of our lives (scoring, points, rankings, interaction etc).

But despite creating various projects that are bubbling away for clients at the moment, I realised this morning that I’ve not really written anything on here about Social Gaming… 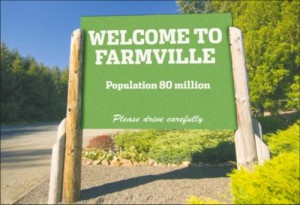 So, Social Gaming… here’s a quick definition from SFGate:

“Social games are built to be enjoyed and shared with friends through existing social networks and platforms like the iPhone.”

The key is that they are games made specifically to take advantage of the social toolkit available across various  platforms… rather than making the game first, then working out where to put it.

I think the first social game I was probably aware of on Facebook was the ill-fated Scrabulous. 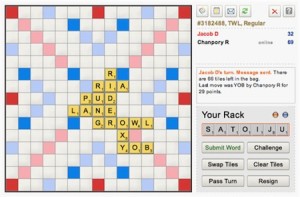 The key thing that made it work was not that it was the most intriguing, taxing gameplay, or amazing graphics, or in depth storylines (which the gaming industry generally holds up to be the drivers of ‘gaming success’), but the fact you could easily play it with the friends you already had on Facebook.

No registering on special, controlled gamer networks, just quick, instant access to games you could play with your friends whenever and wherever you were connected.

Since then, in the last two years the number of games out there, and the number of people playing them, has swelled significantly… currently led of course by FarmVille.

(I hadn’t realised until I read this that FarmVille was a clone of the less successful Farm Town… as Faris would say, Talent Imitates…) 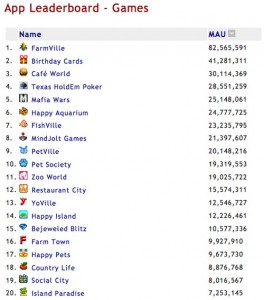 Someone said on the panel that there’s about 200 million people playing social games worldwide, though this report on the BBC suggests that it’s about 300 million.

Whichever stats you believe, it’s undoubtedly true that social gaming is now both big and profitable… in three years, social gaming has become a $1 billion industry.

But hey, maybe it’s too late to start posting about social gaming now…

As Kristian Segerstrale of Playfish said in the ‘Convergence, Creativity, and Commerciality in Gaming‘ panel at CMS2010…

Meg pointed out (via twitter from a different stream at the conference… oh, this wonderful modern world), that this quote is a riff on this Douglas Adams piece, most notably the part on ‘interactivity’…

“…the reason we suddenly need such a word [interactivity] is that during this century we have for the first time been dominated by non-interactive forms of entertainment: cinema, radio, recorded music and television.

Before they came along all entertainment was interactive: theatre, music, sport – the performers and audience were there together, and even a respectfully silent audience exerted a powerful shaping presence on the unfolding of whatever drama they were there for. 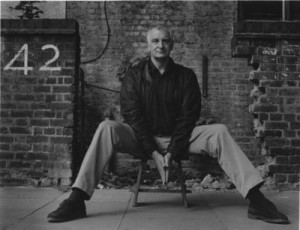 From a media point of view though, I think that games are going to become a wholly social experience a lot faster than the other broadcast media experiences…

…as Tom points out in this post here, it’s hard to imagine that the individual media experience (reading a book, watching a TV show) will completely die off in the immediate future. 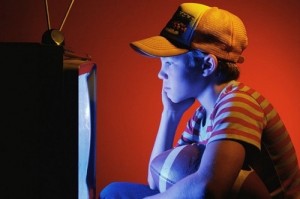 But games… games are different.

Firstly, in the grand scheme of things, they’re so new.

Which is why a lot of the older people who’ve come to social games like FarmVille and Bejewelled don’t consider themselves ‘gamers‘… when they were younger there was no such thing.

And secondly, games were always something to be played together…

…this quote here eloquently identifies the root of the issue:

“The entire video game industry’s history thus far has been an aberration. It has been a mutant monster only made possible by unconnected computers.

People always play games together. All of you learned to play games with each other. When you were kids, you played tag, tea parties, cops and robbers, what have you.

The single-player game is a strange mutant monster which has only existed for 21 years and is about to go away because it is unnatural and abnormal.”

…and now that there’s a place to come together and play games like Facebook… well, why wouldn’t you?  Raph again, this time from 2010…

“All games are becoming connected experiences.  And it turns out social networks are the glue.” 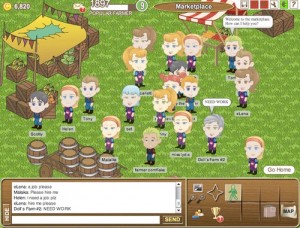 Why do I think this is important?

Well, marketers and media folk are great (especially in this day and age) at jumping on the bandwagon of ‘the latest craze’.  It would be all too easy to dismiss social gaming as just that.

But when the incumbent gaming industry is looking hard at its own games and trying to move quickly to adapt, I think that shows just how deep this rabbit hole goes…

Also on the panel was Josh Atkins, from Lionhead Studios.

They’re what you might traditionally think about when you picture games developers; a bit like a major film studio, they create big budget affairs like the Fable franchise…

Josh had this to say:

“We’re not ‘the dinosaur’, but we’re the Nuclear Powered Aircraft Carrier which doesn’t necessarily change direction as quickly as the other guys.

We’re trying to make our games more connected, more casual… taking the best of the modern age into the console game experience.  We want ANYBODY to be able to ‘pick-up-and=play’.”

In short, even the guys in the established games industry are looking at social gaming and thinking ‘whoaa… maybe that’s where everything’s going’.

I think that every game we see created nowadays will have as much sociability built in as possible.  And it’s not like TV or film, where all the ‘old’ content will continue to exist and keep that ‘individual experience’ ticking over.  People don’t tend to play old versions of games.  They play new games.  As games become more socially enabled, so will the expectations of all games.

And just think about all the solitary, individual media experiences that will give way to this new, social, game-fuelled world.