Mashable brings us some lovely juicy yearly growth of social networks figures (for the US, I may try later and get the relevant UK stats)…

The winner, as expected of course, is Facebook, who just keep piling on those numbers.  And on the face of it, Twitter’s had a great year too… 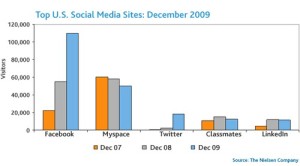 …but there is a continual whispering about Twitter, a nagging piece of gossip, a little tittle-tattle…

…it’s stopped growing.  Indeed, the stats show that unique users is falling, even… 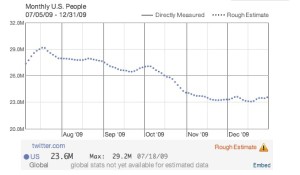 But the thing is, the stats tell only half the story.

Again from Mashable, we learn that the figures don’t include any of the use via a third party twitter client; the likes of Hootsuite, Tweetdeck, Tweetie, Echofon…

…anything that actually makes the rich information on Twitter more malleable and usable for an increasing number of people.

Vijay has pointed me to this, which is excellent… an actual estimation of the Twitter ecosystem, rather than just Twitter itself:

Personally, I visit the Twitter site very infrequently, as I find it impractical as an interface… something that offers you the chance to route different feeds into different columns and presents them as an overview is much more useful:

But as was touched on back in The Social Lego Principles things like Twitter only works when you start assembling the building blocks together in interesting ways; just looking at one tweet, or one account, is a bit dull, unmanageable and uninspiring.

Which is I guess what a lot of people have been initially turned off by, just staring at a torrent of information in one linear delivery.

If you’re one of those folk, think of it this way:  You’re an idea farmer.  Your twitter account, with tweets from all the people you follow, is like a huge flowing river passing through your farm. 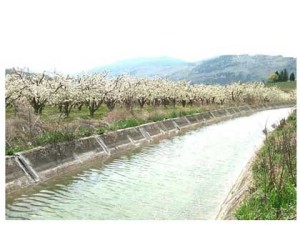 Now, you can try and just grow all your idea crops around the banks of that one river.  But it’s not very efficient.

So, instead, why not try a little irrigation: 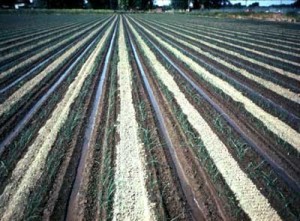 Using something like Hootsuite, spread out the flow into lots of little channels… base it on hashtags you’re interested in, words of interest, a certain set of people.

Split the flow out into manageable little rivers, so you know where to go for what.

Because Twitter’s just the water; the more efficiently you can channel it, then the better it’ll be at growing lots of ideas for you…