Justin Gibbons, founder and chief brainy chap over at Work Research, wrote this piece here, an alternative guide to integration.

It makes some great points about why the good ship integration so often breaks upon the rocks of reality.

The point I perhaps like most is we should ban presentations “…because PowerPoint destroys compromise. It’s like trying to edit the Book of Kells. Nobody budges and without compromise, any hopes of integration vanish”. 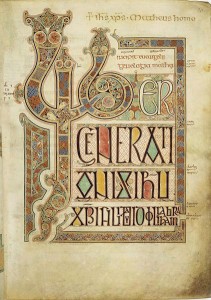 Secondly, Katy Lindemann, who’s now thinking/doing excellent stuff over at Naked, has written this which highlights “we often fail to achieve because we’re so focused on trying to make sure we get the credit”.

Now, there all sorts of prisoner’s dilemma stuff at work in the integration & co-operation of agencies, and sometimes it works really well, more often there’s elements of suspicion and protectiveness, and occasionally it goes really sour, no one shares anything, and it takes months to create some very average things for clients… and nobody wins out when that happens.

Of course, the economic realities of the present day don’t help much… the business-minded folks in agencies are increasingly eyeing up pots of money on spreadsheet allocated to other projects, and start thinking about how to get their hands on it. 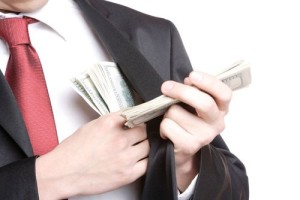 It’s the model we work in.  And we haven’t changed it.  As Katy points out…

“…we work within a model that doesn’t really reward collaboration, and in practice rewards singular ownership of ideas. Sure, awards entries may get jointly submitted, but the winner will always claim it as ‘theirs’…”

The model demands a Big Idea.  Something to align behind, work towards, collaborate in.  Creating the ‘matching luggage’ of communications, as Justin refers to.

It goes back to a little bit of what I touched on at the beginning of my Battle of Big Thinking presentation… this notion of ‘Big Ideas’.

Do we really need ‘Big Ideas’ for everything nowadays? 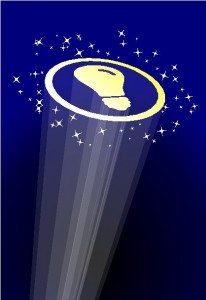 Sure, there are still some great examples of where one big idea informs every part of a company’s communication architecture… let’s call it the Meerkat approach, to use perhaps the most successful recent example.

But there are so many other interesting examples of companies where yes, there’s a central philosophy and core belief at play, but beyond that there seem like endless amounts of smaller, niche ideas that are just really well thought out…

…Lego, Nike, Dell, maybe O2 & Orange… there’s probably many more you’d add on to that list too.  The companies that do the perfect little things that make smaller groups of people think ‘wow’… 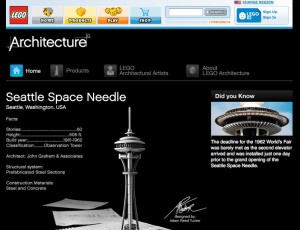 In order to create lots of interesting ideas, you don’t need agencies fighting over the ‘big idea’… just a culture where great ideas are given an appropriate level of resource to happen.

If one agency wants to lead that project, fine.  If they need some help from others, equally fine.

Because at the end of the day, I don’t think that in the vast majority of cases that the general population notice the ins and outs we do when it comes to the companies and brands they know.

In this day and age, people increasing miss ‘the big idea’.

Look at the hard time that companies nowadays have trying to change the slogans in your head.  Someone asked me the other day what The Sunday Times’ slogan was.  “…is The Sunday Papers” I thought.  Of course it’s not that, it turned out, and hasn’t been for over eighteen months.

But despite being target market, and working in the media industry, the ‘big idea’ failed to take hold in my head… 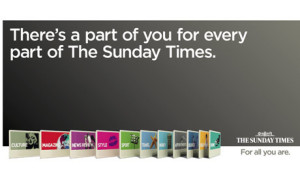 And yet if you take someone like Lego (yeah, I know I do bang on about Lego, but they really do have one of the most interesting communications approach going, IMHO), they’re not trying to align you into their ‘one big idea’.

They’ll do some things that you, specifically, will find interesting.  And some things you won’t.

And you’ll piece it together, and make your own unique interpretation of Lego from (fittingly) the hundreds of blocks of communication they’ve got out there.  Because, as Justin points out, “…punters find integration really easy, it’s only the industry that finds it difficult…”

There’s no reason that The Sunday Times shouldn’t have found as many compelling, interesting communication ‘things’ to create as a Lego would, especially given the breadth and depth of their offering.

But at the heart of our industry is a compulsion to search for one big idea, one silver bullet to end all woes.

Well, I don’t think things work like that any more.

But if we embrace that notion, and create working relationships where many great ideas can be created, nurtured and flourish, I think everyone’s going to be better off; agencies, clients, and most importantly the people we wish to interest in the first place.