Our timing of the Xmas dinner was off this year; we sat down at 5.45pm, precisely fifteen minutes before Doctor Who started.

The second-last-ever episode featuring the tenth Doctor, and we were going to miss it… 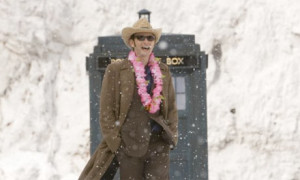 But of course, we needn’t have worried… anything you miss on the BBC nowadays you can download or stream from the iPlayer, and watch at your leisure.

As I downloaded ‘The End Of Time – pt I’ (in a surprisingly nippy three hours, given I did it using an Orange mobile broadband dongle in a cottage in the middle of nowhere), I felt that once again, my TV license has repaid itself back six times over this year.

Of course, it was a Christmas special episode of Doctor Who that gave the iPlayer its first really big success, back in 2007.  It seems that most technological advances often have a ‘tipping point’, when a large number of people suddenly use the service or product…

On Christmas Day, there were more Kindle books bought on Amazon than there were physical books. 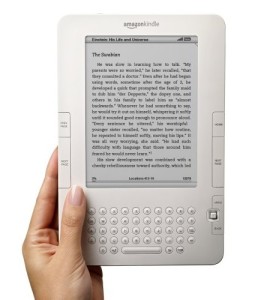 On the face of it, this is huge.  There is of course a bit of statistical jiggery-pokery, as no doubt Christmas Day itself is a really slow day for selling physical books on Amazon, and when everyone who gets a Kindle for Christmas opens it the first thing they’ll want to do is download some books for it.

But nonetheless, Christmas 2009 may just be a significant tipping point for not just the Kindle, but for non-physical book sales as a whole… a lot more people are experiencing reading books in a whole new way as I write this.

Perhaps Christmas is always a tipping point for something, especially in this day and age when every year a revolutionary new something floats into the mainstream consciousness, and people start asking for it for Christmas.

…see a significant boost to Youtube and Vimeo uploads, as budget HD camcorders from Flip and Kodak find their way into stockings

…lead to increased use of photo function on Facebook, as people get yet more cameras to take pictures with, and cheap laptops with which to conveniently upload them with in the living room with Gran.

…prompt more films and TV content downloaded through consoles like the XBox, as families gathering round the box in a post-turkey haze look at the other things these devices can do

I’m quite sure we’ll see quite a few more ‘biggest day EVER’ style statistics coming out in the next few weeks… it’ll be interesting to see whether the ‘Christmas bounce’ is sustainable for everyone who sees one.

Right then, back to Digital Spy to geek out more on Doctor Who speculation… 🙂