The musician’s lot is not a happy one.  We know this, we’ve seen plenty of evidence, but here’s another piece (via Dan) that just might give a sense of just how futile the act of making money from music is becoming…

Over on TorrentFreak (a blog covering all things around bittorrent technology), there’s a report on how much money Lady Gaga made from Spotify for a million plays of her songs… 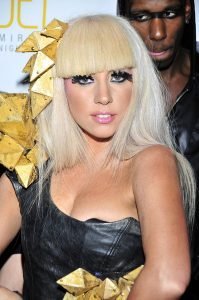 How much do you think?  Go on, guess.  A MILLION plays.

Now, you maybe don’t know if that’s a lot or a little, compared to what musicians may be used to receiving for plays of their songs.

Well, not so long ago in 2003, if a song of yours was played on Radio 1, you’d receive a massive £18.44.  PER MINUTE (though of course the amount was less if you were on regional or local stations).

Or indeed a THIRD of the totally amount of money she’s receiving for a million plays on Spotify.

Much as I love Spotify, I really can’t see how it’s going to continue if the people who’re making the content for it only receive such paltry rewards for their efforts.  It’s barely better than piracy…

So, the ever-on-the-pulse Dave Stone points me in the direction of this on Music Ally… a rebuttal, of a kind…

“Firstly, any payment to STIM would only represent a fraction of the payments rights holders receive and only for music played in one country (in this case Sweden) as we pay not only collecting societies, but also publishers and the record company to play their music,” says a spokesperson.

“Secondly, the figure (unrepresentative as it is) is from a short period just after our launch last year, way before we’d established ourselves as a music service and built up a large user base. Specific payments are of course confidential, but this is certainly wide of the mark.”

There’s obviously more to this than meets the eye.  Yet until someone clarifies how ‘wide of the mark’ it is, we’ll never know whether artists are getting a good deal or not.  I wonder if anyone will come out with some real figures..?

So, Mat has found this… from Steve Lawson’s blog, who’s also done some quick maths on this, but using some sources suggestion that the real figures are ten times this (as the $167 is just a royalty payment… there are other things to include).

So maybe the decimal point needs to come forward a place… 0.1p per play.

…but that this is a TOTAL figure across every platform, not attributable to Spotify, but rather to the promotional effort as a whole.  She’s not done badly, either way.

My point on the whole affair remains this though; compared to what they used to receive from listens to a song, there’s another whole chunk of musician income that’s disappeared.